Bahujan Samaj Party alleged malpractices in the transportation of EVMs and demanded the deployment of central forces. 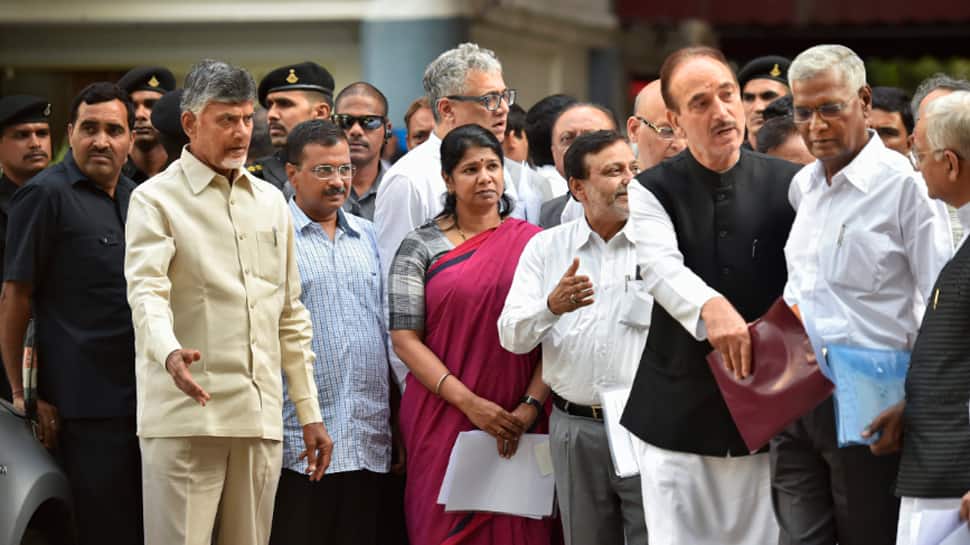 NEW DELHI: Over 20 opposition parties on Tuesday moved Election Commission demanding transparency and fairness when the counting of votes for Lok Sabha election is held on 23 May. In a meeting with the poll panel officials, the opposition parties raised concerns over the transportation of the electronic voting machines ahead of the counting

TDP chief Chandrababu Naidu also said that they urged the Election Commission to respect the mandate of people. "It cannot be manipulated," he said.

"We raised the same issues in the last 1.5 months. We asked EC why have they not responded. EC heard us for almost an hour and assured us that they'll meet again on Wednesday to consider the issues raised by the opposition parties," Congress leader Abhishek Singhvi said after the meeting.

The parties submitted a memorandum in which they demanded that if any discrepancy is found anywhere during the verification of EVMs with VVPAT, all 100 per cent paper slips of VVPATs of all polling stations of that assembly segment should be counted.