The conversation continued for 3 minutes 21 seconds. 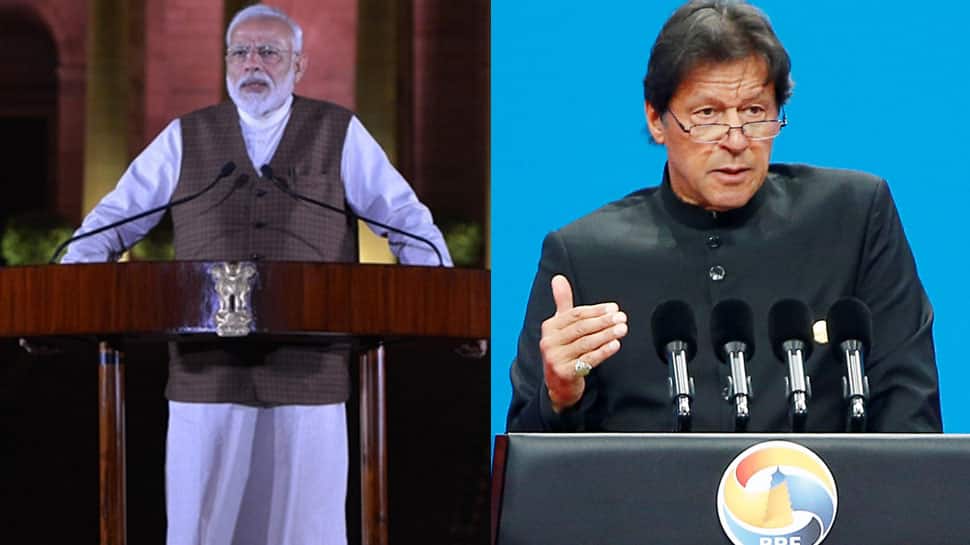 Pakistan Prime Minister Imran Khan on Sunday congratulated Prime Minister Narendra Modi on the win of Bharatiya Janata Party (BJP) in the Lok Sabha election, expressing his desire for both countries to work together for the betterment of the people. In a telephonic conversation, Khan reiterated his vision for peace, progress and prosperity in South Asia, adding that he looked forward to working with PM Modi to advance these objectives. The conversation continued for 3 minutes 21 seconds.

Taking to Twitter, Pakistan MEA Spokesperson Dr Mohammad Faisal tweeted, "PM spoke to PM Modi today and congratulated him on his party’s electoral victory in Lok Sabha elections in India. PM expressed his desire for both countries to work together for the betterment of their peoples. Reiterating his vision for peace, progress and prosperity in South Asia, the Prime Minister said he looked forward to working with Prime Minister Modi to advance these objectives."

In a historic win, PM Modi on Thursday led his Bharatiya Janata Party to a landslide victory for a second five-year term in office, winning 303 seats in the 543-member Lok Sabha.

Modi was on Saturday appointed the prime minister by President Ram Nath Kovind after he was unanimously elected NDA parliamentary party leader at a meeting in which he asked its members to work without discrimination, stressing on the need to win over the trust of minorities. In an impassioned 75-minute speech in Parliament's Central Hall that PM Modi began after bowing to the Constitution, he struck a note of inclusion, asking the MPs to take along everyone, including those who have not voted for the ruling alliance and have been its trenchant critics.

After meeting President Kovind, he said his government will leave no stone unturned to fulfil the aspirations and dreams of the people who have given it a massive mandate, multiplying its responsibilities. "Exercising powers vested in him under Article 75 (1) of the Constitution of India, President Kovind, today appointed @narendramodi to the office of Prime Minister of India," official Twitter account of Rashtrapati Bhavan posted.

The president has asked him to begin the process of forming the new government and he will soon inform him about the date of oath-taking ceremony, PM Modi told media.

All its key allies, including Bihar Chief Minister and JD(U)'s Nitish Kumar, Shiv Sena's Uddhav Thackeray, LJP's Ram Vilas Paswan and Akali Dal's Parkash Singh Badal, were present as BJP president Amit Shah announced Modi's name as the alliance leader after formalities were done amid massive cheers from the MPs. An NDA delegation then met Kovind and Modi staked his claim to form the government.