Following BJP MPs and NDA leaders have got the call Prime Minsiter's Office to take oath as ministers: 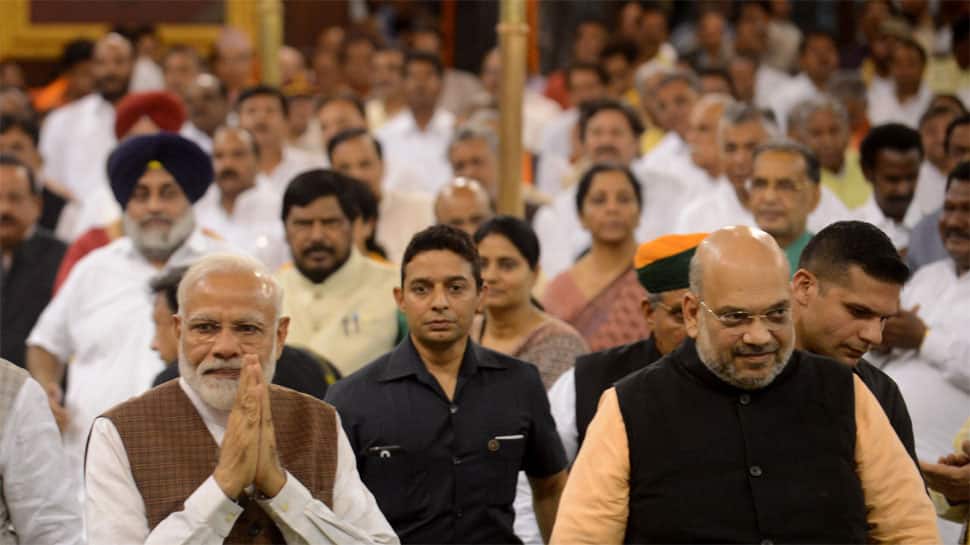 New Delhi: Following marathon meeting sessions, Prime Minister Narendra Modi and BJP president Amit Shah finalised the names for the Council of Ministers ahead of the swearing-in ceremony of the new government on Thursday evening.

Modi, who led the Bharatiya Janata Party to a landslide election victory, will take oath along with a new council of ministers for a second term at Rashtrapati Bhavan at 7 pm today. Top leaders and guests have also been invited from around the world and across the nation to attend Modi`s swearing-in.

According to sources, following BJP MPs and NDA leaders have got the call Prime Minsiter's Office to take oath as ministers:

37. Amit Shah is also likely to be part of the Modi govt, say sources

In the biggest-ever event held in the Rashtrapati Bhavan, the swearing-in of Prime Minister Narendra Modi on Thursday will be attended by nearly 8,000 guests, including foreign dignitaries and chief ministers and governors. A tight and multi-layered security arrangement has been made in the national capital with the deployment of around 10,000 security personnel from Delhi Police and paramilitary forces.

From Nitin Gadkari to Sadanand Gowda, several MPs all set to be part of Narendra Modi's Cabinet again