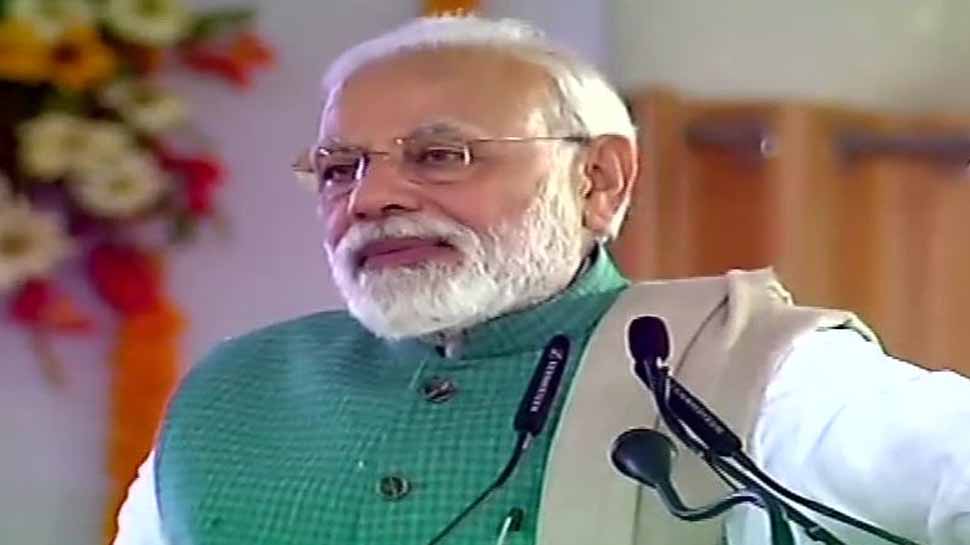 Prime Minister addressed the rally after inaugurating and laying foundation stones of various projects worth Rs 538 crore. Targeting the Congress over the Rafale deal, Modi said that the deal to get state-of-the-art fighter jets for Indian Air Force was delayed and blocked by the Congress.

"As we expedite the process, the first Rafale jets will be in Indian skies soon," the Prime Minister said while charging the Congress with spreading falsehoods about the Rafale deal.  Every one from the Supreme Court to the CAG have cleared the deal as one which is transparent and in national interest... (but) some people were still spreading misinformation... the dismay of not getting their cuts and commissions in defence deals is writ large on their faces," he was quoted as saying by IANS.

PM Modi did not name Congress President Rahul Gandhi but said that between 2009 to 2014, demands of providing 1.86 lakh bulletproof jackers for defence forces was not accepted by the Congress.

"It was our government that ordered 2.3 lakh bullet proof jackets. Development and national interest was blocked for years because it did not suit power centres in that party and the dynasty," he claimed.

Referring to the ordinance factory in Amethi, which will soon start production of AK-203 assault rifles, PM Modi said that this work was scheduled to begin in 2009.

"You can see for yourself their seriousness towards you and development," he said. In a direct attack on Gandhi, Modi said that the Congress leader had promised 1,500 jobs to local youth but only 200 jobs were given.

"People who do not have a fair vision, a fair sense of empathy with the poor cannot be trusted. Those whose intentions are bad, how will they ensure the welfare of the country," he said.