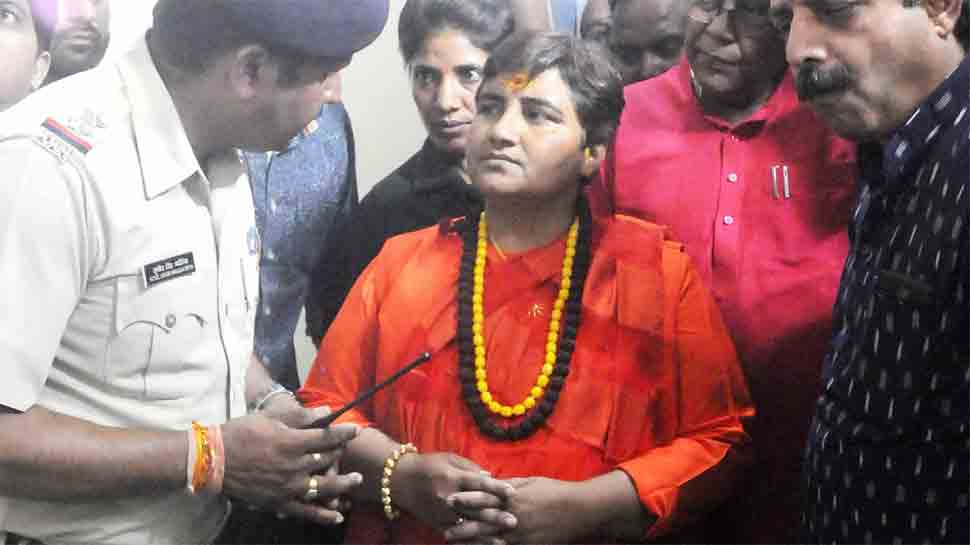 "My sentiment was not to hurt anyone's feelings. If it has hurt anybody's feelings then I apologise. What Gandhi ji has done for the country cannot be forgotten. I respect him a lot," she said in a video statement.

Sadhvi Pragya said she made the comments on the spur of the moment to a question linked to 'saffron terror', besides accusing the media of twisting her words.

Earlier in the day, the BJP distanced itself from Pragya Thakur's remarks on Godse and condemned it, calling it 'objectionable'. Speaking about it, Pragya called herself a disciplined worker of the party and said her party's line is her line.

On Thursday afternoon, while campaigning for the Lok Sabha election, Thakur ignited a political storm after she hailed Father of the Nation Mahatma Gandhi's assassin as a 'patriot' and stated that he would remain one. Following an uproar, BJP asked her to tender a public apology.

In the meantime, taking cognisance of her remarks on Godse, the Election Commission sought a factual report from the chief electoral officer of Madhya Pradesh by May 17.