Sadhvi Pragya will release the vision document at 10 am in the presence of senior BJP leaders at party office in Bhopal. 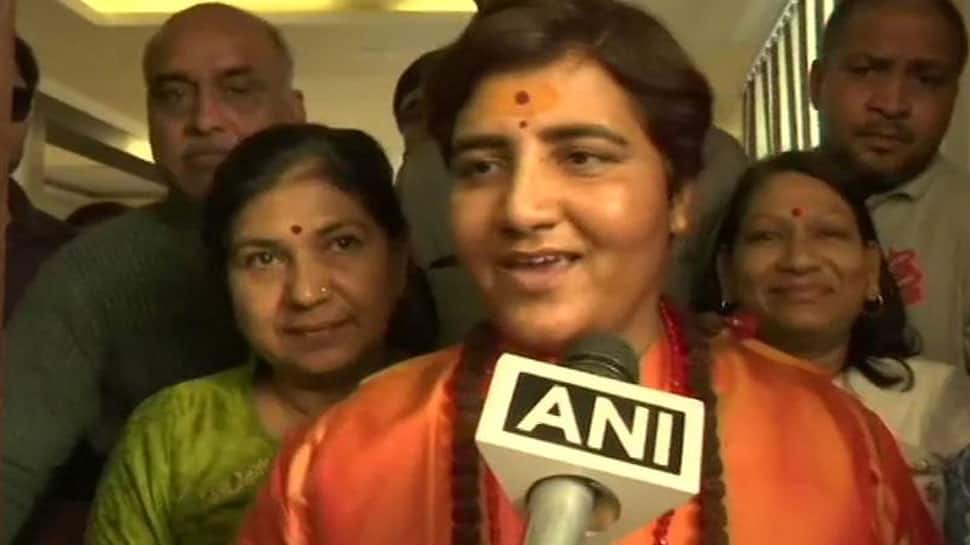 In Bhopal, Sadhvi Pragya is pitted against senior Congress leader and former Madhya Pradesh CM Digvijaya Singh. On his part, the Congress stalwart is busy campaigning to woo the voters and is avoiding to make any direct comment on Sadhvi Pragya.

It is to be noted that Sadhvi Pragya is still an accused in 2008 Malegaon blast case but the BJP has been claiming that she was framed in the case at the behest of Singh and other Congress leaders.

In April, Singh had shared his vision document, promising a safe environment for women, children and senior citizens for Bhopal parliamentary constituency. He also pledged to work on the development of a sports hub, a film city, an art city for artists and writers, and among other things if he comes to power.

The Congress leader said that he will develop a clinic in every ward of Bhopal after coming to power and will take steps aimed at industrial development of Bhopal. In his vision document, Singh also talked about setting up of satellite townships and promised to give house to every homeless.

Bhopal is widely considered as a stronghold of the BJP as the party has not lost from here since 1999. In 2014, Alok Sanjar of BJP won from this seat after registering a comfortable victory over P C Sharma of Congress.