An FIR has also been registered against Yechury in Haridwar in this regard. 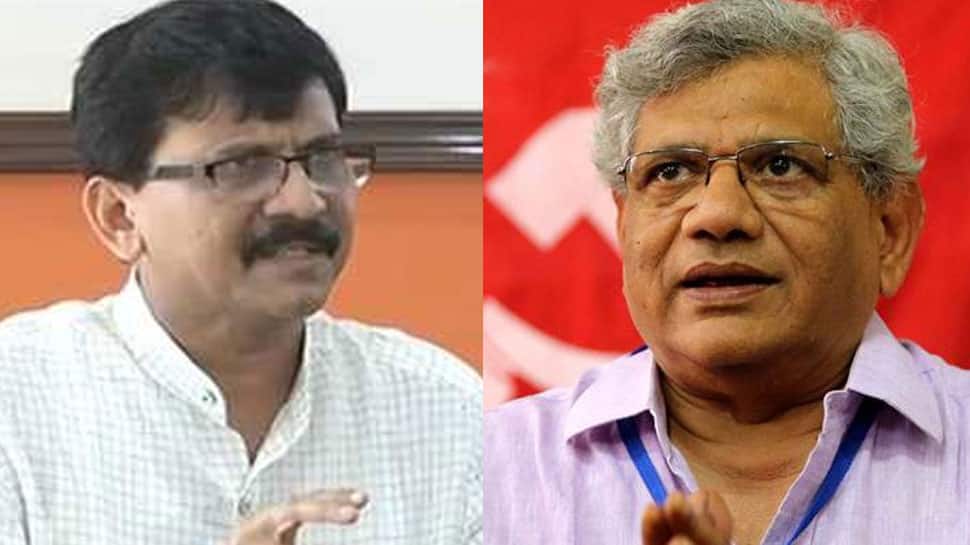 MUMBAI: Uddhav Thackeray-led Shiv Sena has slammed CPI (M) general secretary Sitaram Yechury for saying the Hindu epics like 'Mahabharata and Ramayana' were ''full of instances of violence and battles.'' "If Sitaram Yechury says 'Ramayana and Mahabharata' are replete with 'instances of violence', then he should remove 'Sitaram' from his name," Shiv Sena leader Sanjay Raut said this while talking to Zee News.

Attacking Yechury further, Raut said, ''If he is so averse to revered Hindu epics like Ramayana and Mahabharata, he should change his name to Babar, Afzal Khan, Aurangzeb or Chengis Khan whichever suits him.''

The firebrand Shiv Sena leader even dared Yechury to make a similar statement against the holy Quran or Bible.

Coming down heavily on Yechury, Raut sought to know ''if the CPM leader would term as "violence" by the security forces while defending the country against Pakistan-backed terrorism in Jammu and Kashmir.''

The Shiv Sena leader also criticised West Bengal Chief Minister Mamata Banerjee for being so opposed to Lord Ram's name. ''Those who hate Lord Ram's name, they have no right to live in India,'' he added.

In an article in the CPI-M mouthpiece 'People's Democracy', Yechury had said on Thursday that by fielding Sadhvi Pragya Singh Thakur as its candidate from Bhopal, the saffron party has shown its true colours.

Yechury had made a scathing attack on the BJP for fragmenting society for votes through its divisive policies, branding religious epics 'Ramayana and Mahabharata' as specimens of Hindu violence.

"Sadhvi Pragya Singh Thakur said that Hindus don't believe in violence. Many kings and principalities have fought battles in the country. Even 'Ramayana and Mahabharata' are also filled with instances of violence," Yechury had said.

"Being a 'pracharak', you narrate the epics but still claim Hindus can`t be violent? What is the logic behind saying there is a religion which engages in violence and we Hindus don`t?" he had said.

In the article, Yechury also took over PM Narendra Modi for his claim that Hindus can never be violent, alleging that the Prime Minister is unaware of Indian history replete with gruesome battles and wars.

"It is a fallacy to say that Hindu cannot engage in violence," Yechury had said.

Earlier on Sunday, Yoga guru Baba Ramdev filed an FIR against Yechury for his remarks that epics 'Ramayana' and 'Mahabharata' are ''full of instances of violence and battles.''

After filing the police complaint with SSP, Haridwar, Baba Ramdev said, "We have filed a complaint against Yechury, who has insulted our ancestors. It is an offence. He should be put behind the bars. We have demanded a strict investigation into the matter."

The seer community, which is demanding strict action Yechury, has said that the CMP leader's remarks have offended the religious sentiments of majority Hindus and he should be punished for that.

Lok Sabha election 2019: Here’s how to check your name on the electoral roll