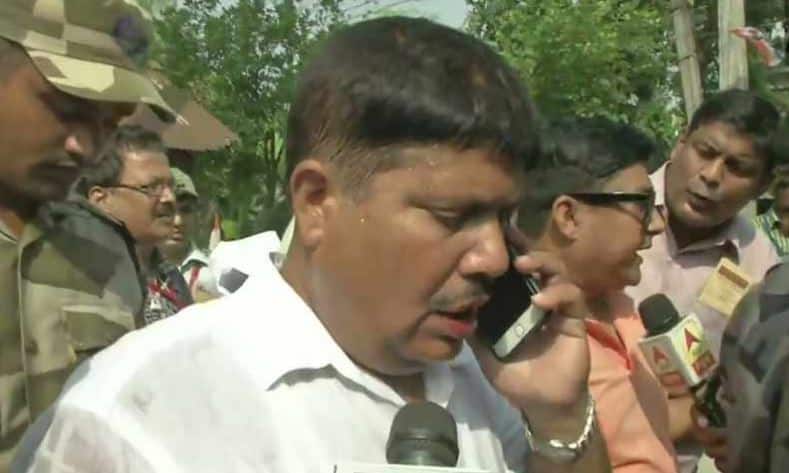 NEW DELHI: Taking note of incidences of violence during Lok Sabha election in West Bengal, the Supreme Court on Wednesday agreed to hear the plea filed by BJP candidate from Barrackpore seat seeking protection from arrest in cases lodged against him by state police.

BJP leader Arjun Singh's plea was accepted by a vacation bench of Justice Arun Mishra and Justice M R Shah. In his petition, Singh said the top court that he should be granted protection from arrest so that he can remain present during the counting of votes for Barrackpore Lok Sabha seat on Thursday. "Violence is taking place there. You (Singh's counsel) know it very well," the SC bench said.

Talking to media, Singh's advocate Ranjit Kumar said that at least 20 criminal cases have been lodged against his client from April 4 to May 20. He added that the lodging of these cases highlights the political vendetta of Trinamool Congress-led government and it has been done to stop him from remaining present during the counting of votes.

"If I go back without protection I will be arrested. Tomorrow I have to be present at counting," Singh's lawyer said, adding he cannot approach the Kolkata High Court for relief because lawyers are on strike in Kolkata.

It may be recalled that Singh had accused TMC workers of assaulting him during fourth phase of polling on May 6. Singh was earlier with TMC and is now contesting the elections against former Railway Minister Dinesh Trivedi. Several incidences of violence were reported in West Bengal during the fourth phase of polling. At that time, Singh had accused TMC of bringing in people from outside the state to attack the Opposition.