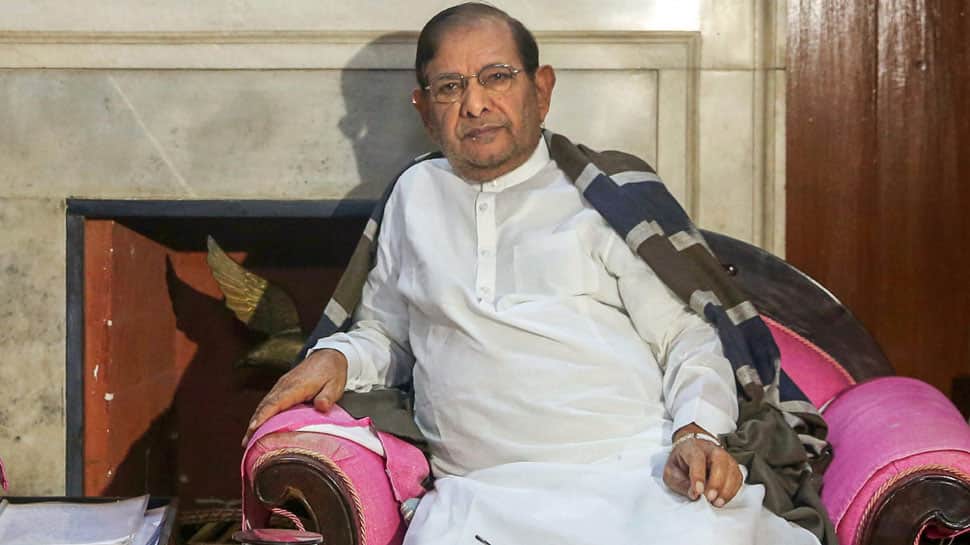 New Delhi: Sharad Yadav, much like other leaders outside of the National Democratic Alliance fold, has completely negated the predictions of exit polls which were released on Sunday. Almost every single exit poll predicted the Bharatiya Janata Party to lead the NDA and storm back to power but Yadav said that the result this Thursday (April 23) will be completely different.

Speaking to Zee News on Monday, the leader of Loktantrik Janata Dal (LJD) said that exit polls cannot be the taken as gospel truth. "Exit polls have been proven wrong a number of times in the past. They had predicted Atal Bihari Vajpayee to win after BJP's India Shining campaign (in 2004) but the party had lost. Do people conducting exit polls take into account every section of society when coming up with the forecast?" he asked. "How many of the pollsters are dalit? How many of them are from the farming community? Is this Europe? India has lakhs of castes and communities."

Claiming that he has toured most of Uttar Pradesh and Bihar where, according to him, BJP is going to suffer setbacks, Yadav said that exit polls are wrongly predicting the numbers. "Exit polls are sayign they (NDA) will get 300 seats and will get 40 seats in Bihar. There is a limit," he said, adding that if there is any EVM-related suspicion, his party is ready to protest.

Yadav then went on to claim that BJP is being run by only Narendra Modi and Amit Shah, and that no one else has much say in the party. "Only Modi and Amit Shah are enjoying. Everyone else is crying under the sheets. They are in a jail where Modi and Shah are like superintendent and jailer."

In Lok Sabha election 2019, Yadav contested from Madhepura seat in Bihar as a  Rashtriya Janata Dal (RJD) candidate under an alliance umbrella having Congress, Rashtriya Lok Samta Party (RLSP), Hindustani Awam Morcha (HAM) and Vikassheel Insan Party (VIP) as the other parties. Exit poll predictions, however, have not brought much good news for any of these parties as a majority of them predict BJP-JDU alliance to sweep Bihar.