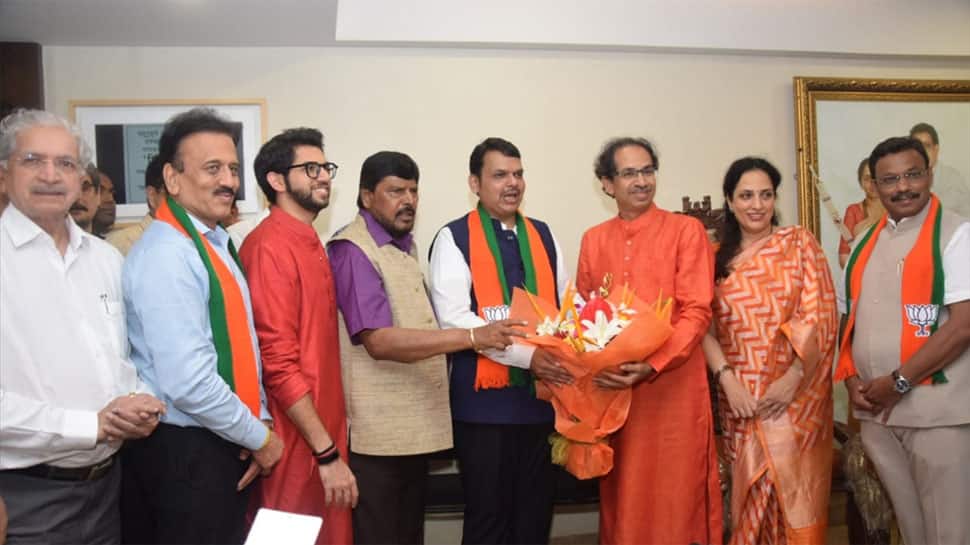 Following the success of the NDA, the Shiv Sena is expecting a bigger share in the Modi cabinet, said sources. Party chief Uddhav Thackeray, his son and Yuva Sena chief Aditya Thackeray and Shiv Sena Secretary Milind Narvekar have already left for New Delhi from Mumbai. The trio will attend the BJP-led NDA meet on Saturday evening, where Prime Minister Narendra Modi will be formally elected as their leader, setting in motion the process of government formation.

Shiv Sena, which emerged as the second largest party in the NDA camp, is hopeful of getting four berths in the Cabinet but may have to settle for one or two berths. The party may be offered another position in the ministry after the Maharashtra Assembly election scheduled later this year, sources added.

The Shiv Sena won 18 seats in the Lok Sabha election 2019. In an editorial in party mouthpiece Saamana, the party said the massive mandate the NDA got in the 2019 Lok Sabha polls was due to the popularity of Prime Minister Narendra Modi and the political management of BJP chief Amit Shah.

"People felt the Congress got 60 years, why not five more years to Modi," the editorial claimed.