Mayawati launched a direct attack on the BJP saying the acche din (good days) of BJP is now over and the bad days of party were set to come after the declaration of Lok Sabha election result on May 23. 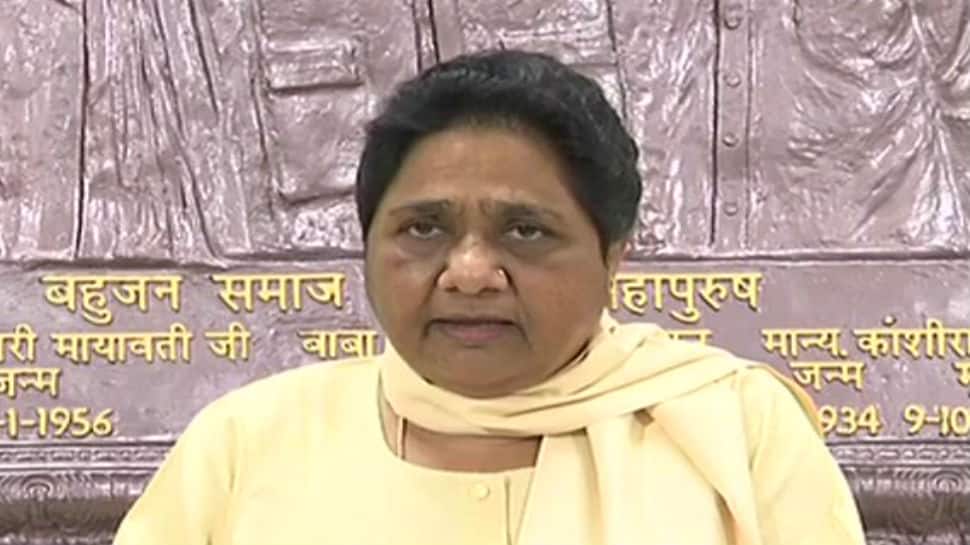 AZAMGARH: BSP chief Mayawati on Wednesday asserted that her party's alliance with the SP will remain in place until they remove Prime Minister Narendra Modi and Uttar Pradesh Chief Minister Yogi Adityanath from power. "No matter how much you try, this alliance is not going to break. The coalition will go a long way. We have not forged this alliance just to oust you (Modi) from the Centre but we will not keep quiet until he and his disciple Yogi is not unseated from the power," Mayawati said during an election rally in Azamgarh.

"Our alliance will not fall apart until we send Yogi back to his Math (temple) in Gorakhpur," she added. It is to be noted that SP chief Akhilesh yadav is contesting the Lok Sabha election from Azamgarh. The seat was won by Akhilesh's father and SP patron Mulayam Singh Yadav in 2014 Lok Sabha poll. Mayawati launched a direct attack on the BJP saying the acche din (good days) of BJP is now over and the bad days of party were set to come after the declaration of Lok Sabha election result on May 23. "You (BJP) will get nothing, no matter how much rallies you do. After five phases of elections, BJP is nowhere in Uttar Pradesh. I am confident that regional parties will also do best in other states. Narendra Modi is not coming back to power again. Their (BJP) bad days are coming," she said.

The BSP supremo urged her party cadre to keep aside their differences with the SP and vote for alliance candidates, including Akhilesh Yadav. Mayawati once again took a dig at PM Modi over his caste, reiterating that the prime minister does not belong to OBC caste. "PM says he belongs to backward castes. He is not real, he is a fraud. He became OBC just to garner votes. People should not get into their trap," noted Mayawati.

Meanwhile, Akhilesh who is pitted against popular Bhojpuri actor and BJP candidate Nirahua in Azamgarh, claimed that the SP-BSP-RLD alliance will do very well in Uttar Pradesh and they will win maximum number of seats in Uttar Pradesh, which sends a total of 80 MPs to Lok Sabha.

EC orders re-polling in one polling booth in Puducherry