The RJD and Congress asserted Tejashwi not voting in the election is not a big issue and should not be given much importance. 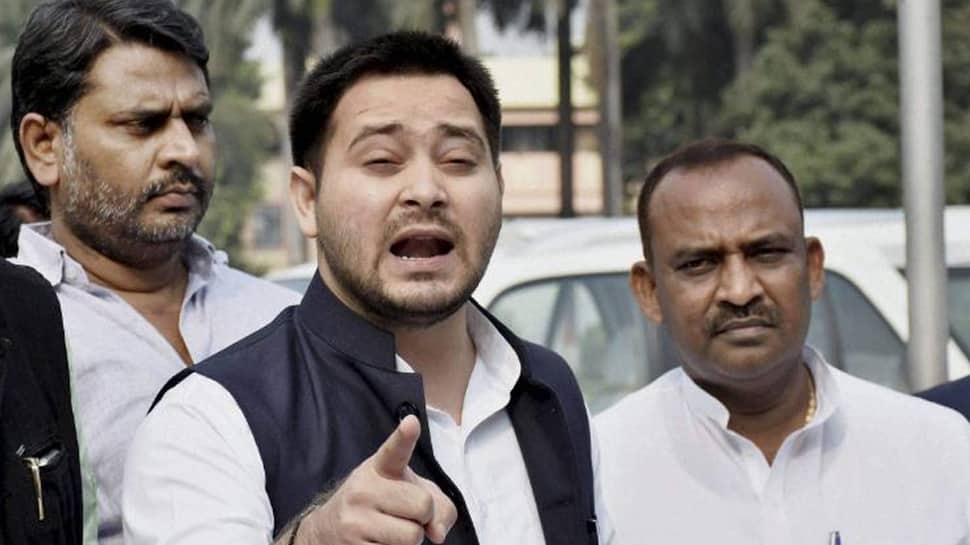 PATNA: Leader of Opposition in Bihar assembly Tejashwi Yadav, who has been the face of Rashtriya Janata Dal's (RJD) Lok Sabha poll campaign, did not case his vote in Patna where voting was held on Sunday. There was no official reason given by him or the party on why he did not case his vote.

However, the Bharatiya Janata Party (BJP) has been quick to attack Yadav over the matter. Bihar BJP president Nityanand Rai slammed Yadav and said that he does not even know what democracy means. "Tejashwi who has been holding Samvidhan Bachao Nyaya Yatra has insulted democracy. He does not know what democracy means. He just repeats whatever his mentor Shivanand Tiwari asks him to say," Rai said.

Amid attack from the BJP, the RJD and Congress have been on the backfoot asserting that not voting is not a big issue and should not be given much importance.

RJD also dismissed the issue and said that there might have been a reason for the same. "I don't have any information why he could not vote. My wife also could not vote but that does not mean that she is supporting the NDA," RJD leader Shivanand Tiwari said.

While Yadav has not given a reason why he missed voting, he tweeted on the exit poll results which have predicted a big win for the BJP-led NDA in the election. "Before the exit, the market's compulsions are sold in the name of Exit Polls. With the help of Sangh (RSS)-supported institutions and resources, playing with the psychology of the disadvantaged is their old weapon. Dismiss it. We are winning. Keep a close watch on the strong room. The tricks of people expert in playing the dirty games cannot be successful," Yadav said in a tweet in Hindi.