Edappadi K Palaniswami, quoting sources in DMK, has alleged that Stalin ensured his father did not get better treatment because he could not become the party leader till Karunanidhi's death. 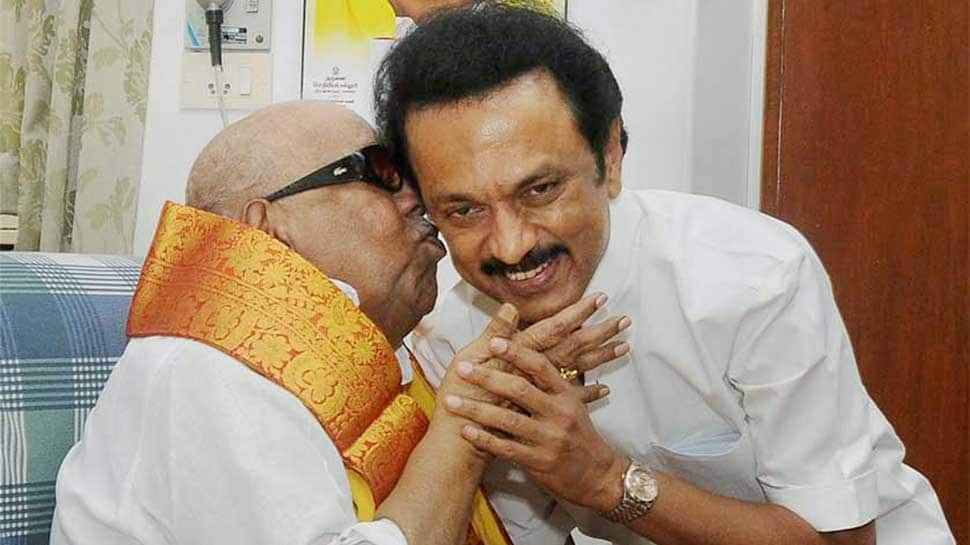 Chennai: The 2019 election is the first in Tamil Nadu in the absence of veteran leaders J Jayalalithaa and M Karunanidhi. But not a day passes without the candidates and campaigners evoking the names of their respective departed leaders. But things have reached a new low after the state's chief Minister Edappadi K Palaniswami alleged that M K Stalin had kept his father and DMK Supremo M Karunanidhi under house arrest.

Regarding the mystery over the prolonged hospitalization and death of Jayalalithaa in late 2016, M K Stalin had said that if voted to power, he would initiate a probe to ascertain the circumstances that led to her demise. Stalin has also been accusing Edappadi Palaniswami of being linked to the break-in and murders at Kodanad Estate - Jayalalithaa's lavish estate in the Nilgiris.

While the attacks have gotten personal, the Chief Minister took it to an all new low while campaigning on Monday. The chief minister started by saying that he had information from senior DMK leaders and functionaries about why Karunanidhi was unable to speak during his final years.

He added that, "If Karunanidhi is hale and healthy, Stalin can't become the leader of the DMK. Hence Stalin did not ensure that better treatment was provided for the ailing leader and kept him under house arrest for two years. Had he been taken abroad for treatment, he would have been able to speak," the chief minister said, quoting DMK sources.

As the crowds cheered, he said that, "Stalin was the DMK leader who kept his father under arrest."

He also referred to how Stalin was elected DMK President only after the demise of his father Karunanidhi. Palaniswami, who is also the co-coordinator of the AIADMK, said that if such cruelty was meted out to a serving MLA and former chief minister, it is the duty of the government to probe the matter.

The veteran leader had been wheelchair-bound since 2010. Karunanidhi fell ill in October of 2016 due to a drug-induced allergy and was admitted to a private hospital in December 2016. He had undergone a tracheostomy, a procedure to optimize his breathing. Following the illness, he also stayed away from political activities and, in January 2017, his son, M K Stalin, was appointed the working president of the party.

M. Karunanidhi passed away on August 7th of 2018 after a brief hospitalization due to infections and age-related illnesses.

It was on August 28th that Karunanidhi's son M K Stalin was elected DMK President.