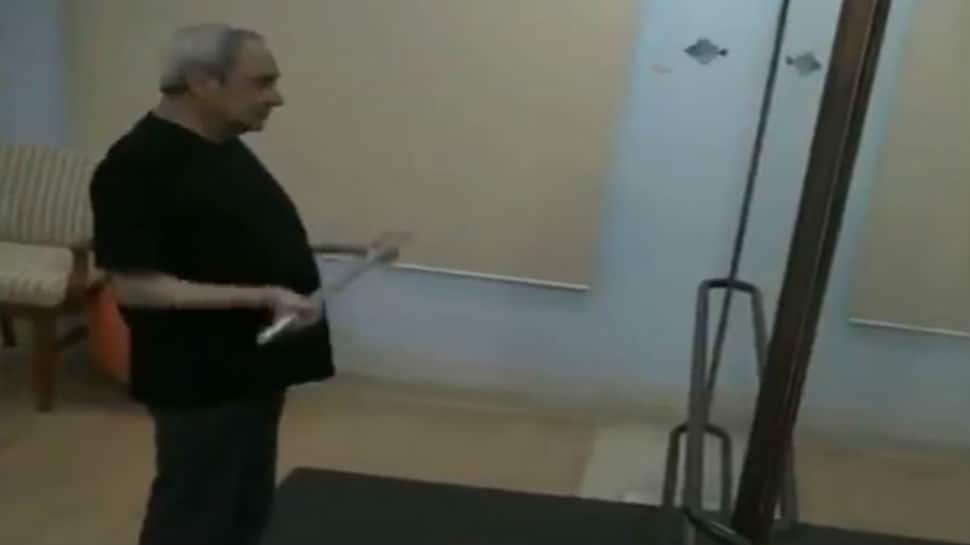 After political rival Narendra Modi released a video of his exercise regime, Odisha CM Naveen Patnaik has taken out a video which showcases what it takes to be physically fit during the hectic election schedule.

The video, which was released by Patnaik's party Biju Janata Dal (BJD), shows him wearing a black T-Shirt and trousers as he does a short jog, followed by stretching exercises, using lightweight dumbbells and barbells and using a stationary cycle. In the video, Patnaik says he is getting ready to fight for the people of Odisha.

The video of Patnaik's exercise regime comes shortly after PM Narendra Modi had called the state government lethargic at a recent rally in Odisha. He had said at the time that the state government under Patnaik moves slowly on Centre's help and support for the people of Odisha.

The battle between BJP and BJD is tense.

Patnaik, in a first for him, is contesting the upcoming Lok Sabha election from two constituencies - Hinjili in Ganjam district and Bijepur in west Odisha's Bargarh district. The Bijepur move is of significance especially because of BJP's strong showing in west Odisha in the last edition of assembly elections here. Then there is the added pressure from Congress with Rahul Gandhi leading the charge here as well.