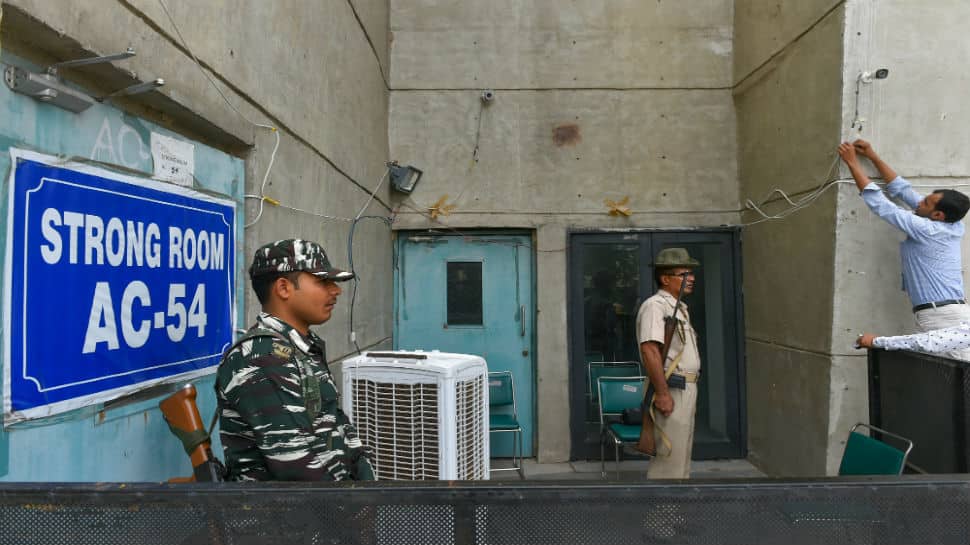 Noida, Uttar Pradesh: Lok Sabha election 2019 is all set to reach its climax on Thursday with the Election Commission of India to count votes and declare which political party will lead in governing the country for the next five years. Zee News will track the latest trends, leads and provide quick and in-depth analysis of all the day's developments on its channel, website and mobile applications.

Lok Sabha election 2019 result can be followed closely on Zee News channels on all DTH platforms and for those on the move, the latest developments can also be tracked here and on mobile applications available on iOS and PlayStore.

For live streaming, users can click here for the absolutely latest and exhaustive updates.

Lok Sabha election 2019 has been an intense battle for political supremacy in the country. Major political parties have traversed the length and breadth of the country to reach out to voters and woo them with lofty promises. While the BJP campaign has been spearheaded by Narendra Modi and party president Amit Shah, Congress has tried to create a dent with the likes of party president Rahul Gandhi, sister Priyanka Gandhi and others campaigning extensively. Regional players like Trinamool Congress in West Bengal and Telugu Desam Party (TDP) in Andhra Pradesh too have tried to grab some of the spotlight.

A majority of exit polls have shown that the BJP-led National Democratic Alliance is likely to form majority with considerable ease, prompting rival parties to doubt both the surveys as well as EVMs. The EC, however, remains stoic as ever and is determined to ensure fair counting on Thursday. Meanwhile, the Ministry of Home Affairs has asked all states and union territories to ensure law and order is maintained on counting day.