Will quit politics if proven: MK Stalin lashes out against claims DMK has reached out to BJP

"But if they fail to prove it, are they ready to quit politics?" 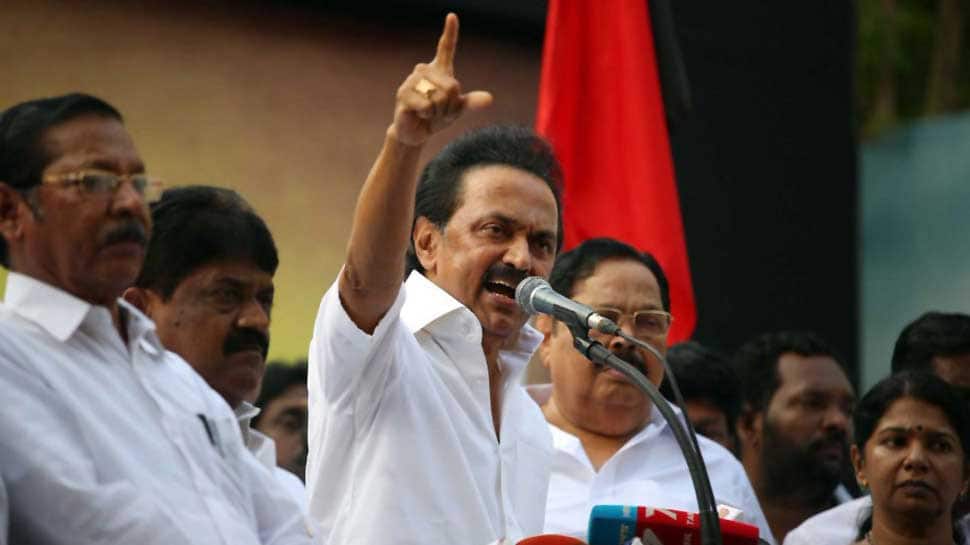 Chennai: MK Stalin on Tuesday hit back at Tamil Nadu state BJP president Tamilisai Soundararajan's claim that DMK had reached out to her party for talks. He even claimed that he would quit politics if the claim was backed with proof.

Soundararajan has said earlier in the day that not much should be read into Stalin-K Chandrashekar Rao's Monday meeting. "It is true, on the one side it is Rahul Gandhi, on the other it is KCR and then Modi. Everyone knows that the DMK changes colours. They are speaking via someone, they are establishing a connection (with us)"," she had said. The reaction from DMK chief was scathing. " If Tamilisai or Modi can prove that I have been in talks with them to form an alliance, then I am ready to quit politics," he said in a statement issued by his party. "But if they fail to prove it, are they ready to quit politics?"

Stalin also exuded confidence that the result of Lok Sabha election 2019 will be a befitting reply to BJP and PM Narendra Modi.

Interestingly, Stalin in March had hailed Rahul Gandhi as the future of PM of the country. In his response, the Congress president had called Stalin the future CM of Tamil Nadu. (Full report here)

And while Tamilisai says that none of this would manifest to reality, DMK remains hopeful. For Lok Sabha election 2019, DMK is in an alliance with the Congress, Left parties, and the Congress is contesting in 10 seats across Tamil Nadu and Puducherry.