It is expected that more than 50,000 people will congregate at the venue and sitting arrangements of 35,000 people have been made. 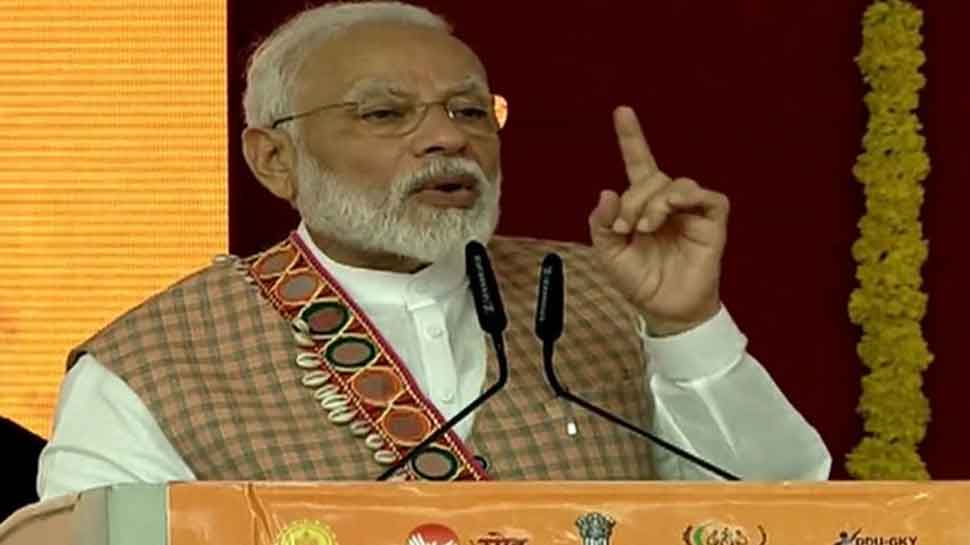 MUMBAI: Prime Minister Narendra Modi will on Wednesday address rallies in Akola, Jalna and Panvel in the poll-bound Maharashtra which is set to go to polls on October 21.

According to reports, PM Modi will arrive in a helicopter for the public meeting on the ground next to Central Park in Khargar.

From here, PM will be driven to another dias in Sector 29 and both the grounds are close to each other.

It is expected that more than 50,000 people will congregate at the venue and sitting arrangements of 35,000 people have been made.

On Friday, Union Minister Smriti Irani had informed that Prime Minister Modi will be campaigning in Maharashtra from October 13 to October 18 to guide and encourage candidates of BJP.

On October 13, PM Modi conducted his election rally in Jalgaon and Sakoli.

After addressing three rallies in Akola, Panvel and Partur, the PM will conduct public rallies in Pune Satara and Worli on October 17.