A large section of Shiv Sena leaders and newly-elected MLAs have demanded that Aaditya be made the next chief minister. 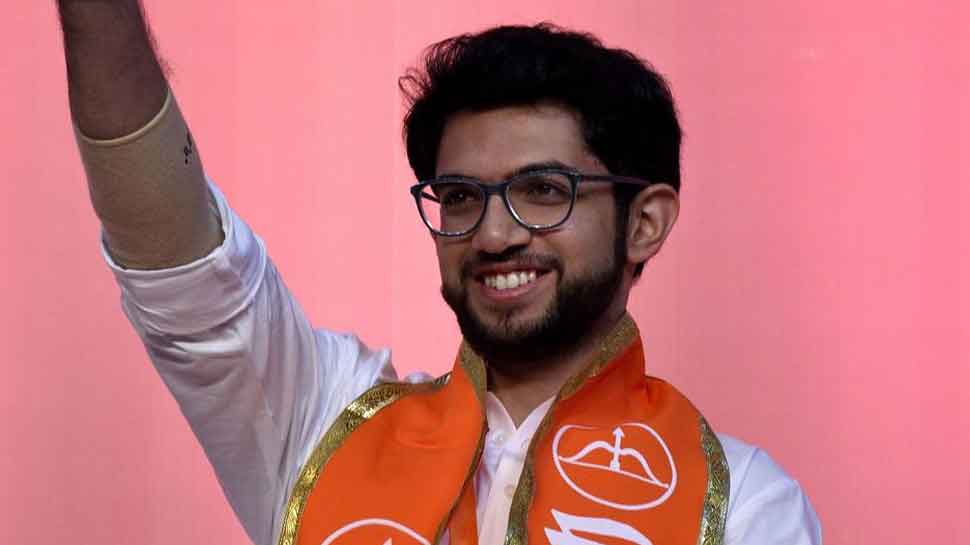 Mumbai: As the Shiv Sena-BJP alliance is all set to form government in Maharashtra, the clamour for making young Sena leader Aaditya Thackeray as the next Chief Minister of Maharashtra has become louder in the party founded by late Bala Saheb Thackeray. According to reports, a large section of Shiv Sena leaders and party's newly-elected MLAs have demanded that Aaditya be made the next chief minister of the state.

Interestingly, posters depicting Aditya Thackeray as the next chief minister of the state were put up in his constituency Worli, Mumbai. The posters also feature photos of Shiv Sena patriarch Bal Thackeray and party president Uddhav Thackeray in the background and have been put by Hanuman Seva Mandal.

Although nothing has been announced in this regard as yet, if the demands are met, Aaditya Thackeray will become the youngest Chief Minister of Maharashtra.

Shiv Sena MLA Prakash Survey said, ''We want Aaditya as our CM. This is our first and foremost demand. Before assembly election, both BJP and our party had agreed on 50-50 power-sharing formula, which we wan to be implemented in letter and spirit.''

Another Shiv Sena MLA Pratap Sarnaik reiterated that a large number of party legislators want to see Aaditya as next Maharashtra CM.

He, however, added that Sena MLAs will abide by whatever decision their party president takes in this regard.

It may be recalled that senior Shiv Sena leader and MP Sanjay Raut had on Thursday said that Uddhav's son Aaditya should be made CM.

''Shiv Sena is necessary for Maharashtra. We want to see Aaditya as CM. Shiv Sena-BJP alliance will come to power. We will form an alliance again and come to power simultaneously. There is no question of BJP going with anyone else,'' Raut said.

Another Shiv Sena leader Sanjay Gupta too echoed similar sentiments and said that he wants to see Aditya Thackeray as the new chief minister of Maharashtra.

Aaditya, 29, emerged out victorious from Worli Assembly constituency after defeating NCP candidate Suresh Mane by a margin of over 70,000 votes.

Amid demands from Shiv Sena to make Aaditya the next CM, BJP’s Devendra Fadnavis, who currently occupies the post, had reportedly said that he will be happy to offer him the post of deputy CM.

BJP-Shiv Sena alliance won an absolute majority in the Maharashtra assembly polls with the former emerging as the single largest party in the state with 105 seats.

Shiv Sena, on the other hand, bagged 56 seats in the elections.

The NCP also increased its numbers as compared to the 2014 elections with 54 seats while the Congress slipped to the fourth position winning 44 seats.

We did it Pappa: Actor Riteish Deshmukh celebrates his brothers' impressive victory in Maharashtra assembly polls