We did it Pappa: Actor Riteish Deshmukh celebrates his brothers' impressive victory in Maharashtra assembly polls

Riteish Deshmukh also thanked the people of Latur for reaffirming their faith in his family. 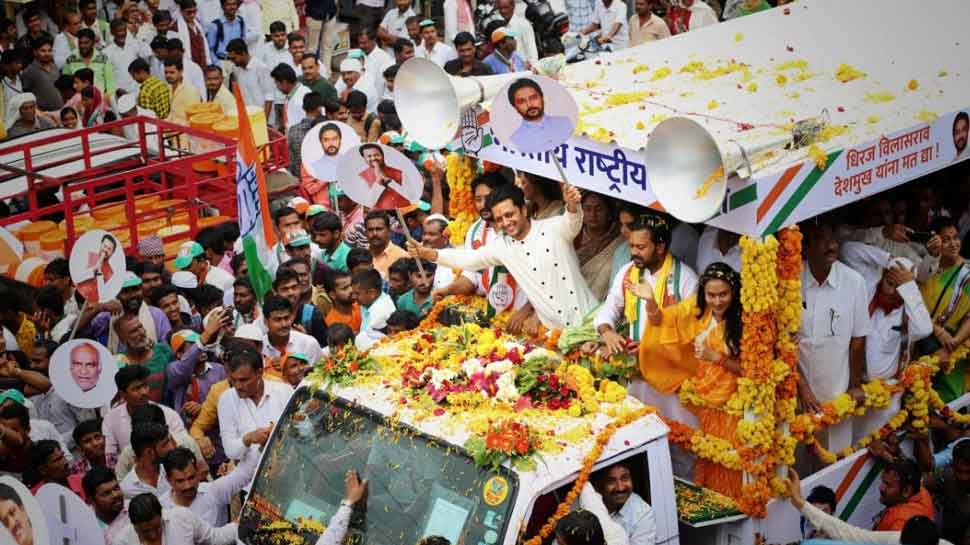 MUMBAI: Popular Bollywood actor Riteish Deshmukh, who is the son of the late former Maharashtra Chief Minister Vilasrao Deshmukh, took to Twitter to congratulate his brothers Amit Deshmukh and Dhiraj Deshmukh for their impressive victory in the hard-fought assembly election in Maharashtra.

The actor's brothers -  Amit Deshmukh and Dhiraj Deshmukh - were elected to the 288-seat Maharashtra Assembly from the Latur (City) and Latur (Rural) seats, respectively.

The Deshmukh brothers contested as Congress candidates tickets and win with huge margins. , with Amit, now a three-time MLA, defeated his BJP rival Shailesh Lahoti by 38,217 votes and Dhiraj bagging 1.3 lakh votes in his emphatic win.

Riteish Deshmukh also thanked the people of Latur for reaffirming their faith in his family.

''Thank you people of Latur for this faith & trust,” the actor tweeted, with his photo from poll campaign.

Thank you people of Latur for this faith & trust. pic.twitter.com/pOGFsmoEJU

Late Vilasrao Deshmukh – who served as Maharashtra CM for two terms between 1999 and 2008 – was a popular mass leaders.

During his lifetime, he turned Latur into a Congress stronghold. However, following his death in 2012, the party seems to be losing ground.

The campaigns of two brothers became talking points in central Maharashtra with the family rallying behind. Riteish and his wife Genelia, also an actor, campaigned for the two brothers. Vilasrao’s younger brother also helped with the campaign.

Maharashtra verdict is a lesson for those who said my politics is over: NCP chief Sharad Pawar