The makers of 'Kabir Singh' were also present at the grand trailer launch event held in Mumbai. 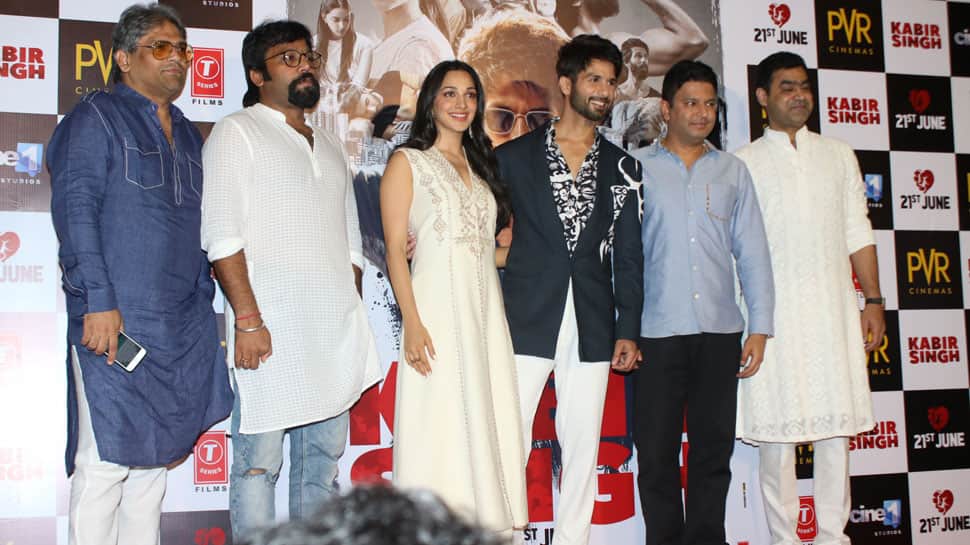 New Delhi: Bollywood's talented find, Shahid Kapoor is gearing up for the release of his next film 'Kabir Singh'. The film also stars Kiara Advani in the lead role opposite him. The two have never worked before and this is their maiden venture together. The duo came together at the trailer launch event of the actioner along with the makers. They talked about the project and even posed for clicks.

The story revolves around a brilliant medical professional who battles alcoholism. 'Kabir Singh' is a remake of Telugu blockbuster 'Arjun Reddy'. The film is hitting the screens on June 21, 2019. Check out their pictures:

The makers of 'Kabir Singh' were also present at the grand trailer launch event held in Mumbai. The lead pair of the movie looked stunning in their stylish avatars.

The Hindi remake has also been directed by Sandeep Vanga—who helmed the original as well. In the original, Vijay Deverakonda and Shalini Pandey played the lead roles.