Divya Khosla Kumar called out Sonu Nigam for being ‘thankless’ and stated that it was their company that gave him his major break in the industry. 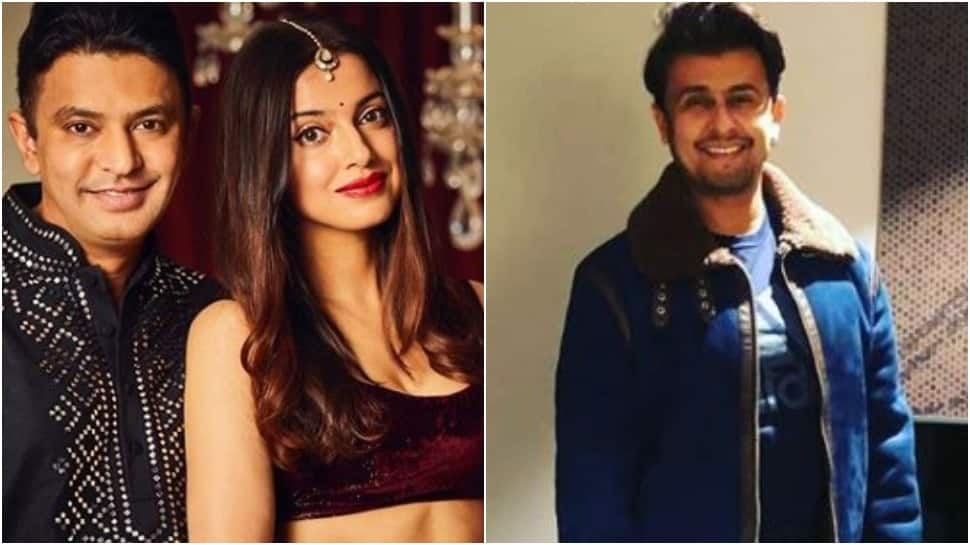 New Delhi: Hours after singer Sonu Nigam came down heavily on Bhushan Kumar in an explosive video, the T-Series boss’ wife Divya Khosla Kumar called him out for being ‘thankless’ and stated that it was their company that gave him his major break in the industry.

On Monday, Sonu Nigam warned Bhushan Kumar to not mess with him. This is the second video the ‘Deewana’ singer posted in a couple of days. In the earlier one, he had alleged that the music industry is run like the mafia, but didn’t take a particular name.

In the recent video, Sonu Nigam said, "Bhushan Kumar, I have to mention your name. And you deserve being addressed without respect. You have messed with the wrong person."

In her reply to Sonu Nigam, Divya wrote on her Instagram stories, "Today it’s all about who can run a good campaign.. I’m even seeing people being able to sell lies and deceits with their strong campaigns.. Sonu Nigam - such kind of people know how to play with the minds of the audience.. God save our world." 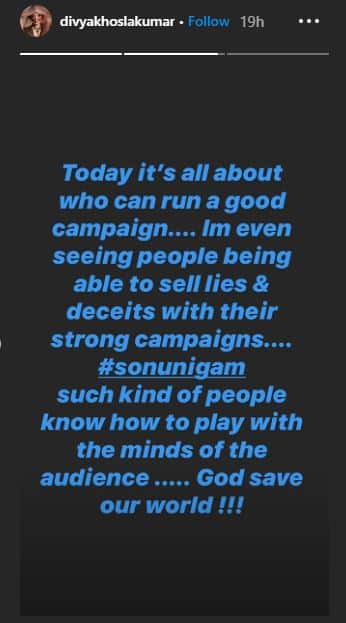 In her next post, Divya accused Sonu of doing publicity and used the lines from his song ‘Acha Sila Diya Tune Mere Pyaar Ka’ in the statement. 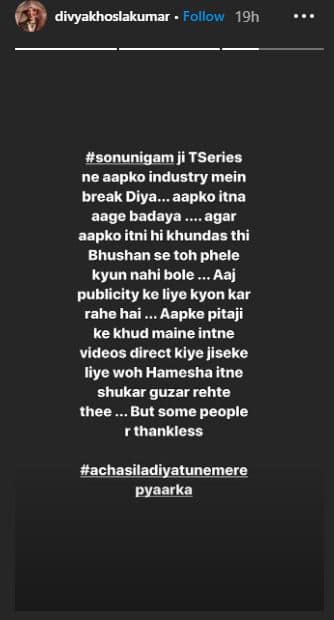 "Do you remember Marina Kanwar? I don`t know no why they spoke and why they backed out, but media knows how the mafia functions. I still have that video with me. Now if you mess with me, I will upload that video on my YouTube channel. So don`t mess with me."