Noisy scenes were witnessed in the Assam Assembly for the second day in a row over the Special Category Status issue as the opposition Congress staged a brief walkout alleging partiality by the Speaker over allowing a discussion on the matter.

Guwahati: Noisy scenes were witnessed in the Assam Assembly for the second day in a row over the Special Category Status issue as the opposition Congress staged a brief walkout alleging partiality by the Speaker over allowing a discussion on the matter.

During Zero Hour, Speaker Ranjeet Kumar Dass asked state Finance Minister Himanta Biswa Sarma to give a statement on media reports that the Special Category Status state tag has been withdrawn from Assam.

Congress MLA Rakibul Hussain objected to it, saying he was not allowed to raise the issue as Point of Order during Zero Hour yesterday. 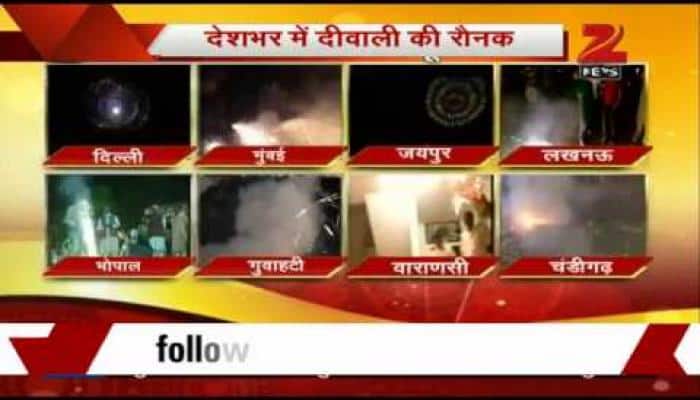 "You (Speaker) did not allow us to raise the issue and asked us to bring it through a device. We have not raised the issue yet. How can a Minister answer it?" he asked.

He was joined by other Congress MLAs, who were confronted by ruling party members, leading to a noisy scene.

"The House is not running on any rule. It is being run on your (Speaker) own wish and interest. In protest, we decide to leave the House," Hussain said before walking out with all Congress MLAs.

In the absence of the Congress members, Sarma gave his reply by saying that only the nomenclature for the spacial treatment to Assam has been changed.

"Earlier, the nomenclature was Special Category Status State and now it has been renamed as North East and Hill States. We continue to get special assistance as recommended by the 14th Finance Commission," he added.

The minister also said Assam continues to get fund in 90:10 and 80:20 pattern for many Centrally-sponsored schemes along with 100 per cent assistance in some.Mentioning the schemes, Sarma said: "If you need the

detail of funds received under the schemes, I will give that in the House on Monday.

"As I said earlier, I reiterate my statement that Assam got Rs 5,000 crore more during 2015-16 compared to 2014-15 from the Centre. Assam continues to get the benefits of the Special Category Status state," he said.

As soon as Sarma finished his statement, Congress returned to the House to join the rest of the business of the day.

Yesterday, Congress had demanded a clarification from Assam government over continuation of Special Category status to the state following reports of Centre withdrawing the benefit.

Hussain had raised the issue as Point of Order after the Question Hour in the Assembly by showing a local news paper report quoting Union Finance Minister Arun Jaitley that Centre withdrew the benefit from Assam and North East as a whole.

However, the Speaker refused a discussion and asked the opposition to bring the issue through a proper device.

On Tuesday, in reply to a query from Congress MLA Ajanta Neog, Sarma had said the state continues to enjoy the Special Category Status tag even after the NDA government came to power at the Centre in 2014.