Even as the BJP on Tuesday won four seats and the Congress two as the ruling NDA bettered the Opposition in by-elections for 12 seats held across eight states three days ago, Prime Minister Narendra Modi said that it showed people's faith in the government. 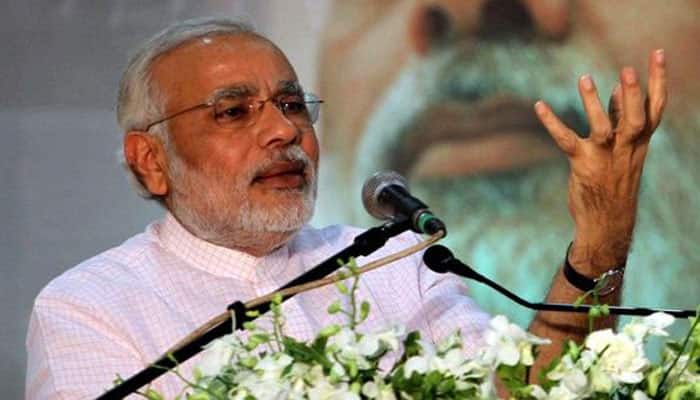 Delhi: Even as the BJP on Tuesday won four seats and the Congress two as the ruling NDA bettered the Opposition in by-elections for 12 seats held across eight states three days ago, Prime Minister Narendra Modi said that it showed people's faith in politics of development.

"Happy to see the victory of BJP and allies in bypolls in northern, southern, eastern, western and central parts of the country. I express gratitude to the people," he tweeted.

"Appreciable effort by NDA. People across India reposed faith in politics of development, development and development," the PM posted.

On the other hand, Uttar Pradesh's ruling Samajwadi Party (SP) was the worst sufferer.

The SP lost two of the three seats it held in Uttar Pradesh - one each to the Congress and the Bharatiya Janata Party (BJP).

The BJP also snatched two seats from the Congress - one each in Madhya Pradesh and Karnataka.

The BJP was the winner in Maihar (Madhya Pradesh), Muzaffarnagar (Uttar Pradesh) and in Hebbal and Devadurga in Karnataka.

The Congress grabbed Bidar in Karnataka and Deoband in Uttar Pradesh.

The Shiv Sena won from Palghar in Maharashtra, the ruling TRS crushed the Congress in Narayankhed in Telangana and the CPI-M won from Amarpur in Tripura again with the BJP taking the second spot.

Punjab's Kharoor Sahib constituency went the Shiromani Akali Dal way in an election boycotted by both the Congress and the Aam Aadmi Party (AAP), the state's new entrant.

In BJP-ruled Madhya Pradesh, Narayan Tripathi snatched the Maihar constituency from the Congress by over 27,000 votes.

Tripathi had won the seat for the Congress earlier. He quit the house after joining the BJP.

Uttar Pradesh proved a shocker to the SP.

BJP's Kapil Dev Agarwal was declared elected from Muzaffarnagar, where communal riots took place in 2013. He defeated Chittaranjan Swaroop of the SP by about 6,000 votes.

Congress's Mavia Ali worsted Meena Rana of SP in Deoband by 3,424 votes. Both Muzaffarnagar and Deoband seats were held by the SP, which faces assembly elections in the state next year.

The SP's consolation came in Bikapur in Faizabad district. It retained the seat, the winner being Anand Sen Yadav.

In the reserved Devadurga constituency in Raichur district, BJP's K. Shivana Gouda Nayak won by 16,871 votes over A. Rajashekhara Nayak of the Congress.

In Bidar, Congress nominee Rahim Khan finished on top, defeating Prakash Khandre of the BJP by 22,721 votes. In all three places, the Janata Dal-Secular was a poor third.

In Bihar, the RLSP's Sudhansu Sekhar was declared elected from Harlakhi, defeating Congress candidate Mohammad Shabbir by over 18,000 votes.

The election was necessitated by the death of RLSP legislator Basant Kumar Kushwaha a few hours ahead of the oath-taking ceremony of the new Bihar assembly in November 2015. Sudhansu Sekhar is Kushwaha's son.

The by-election in Punjab's Khadoor Sahib, boycotted by the Congress and the AAP, was grabbed by the ruling Shiromani Akali Dal's Ravinder Singh Brahmpura. He worsted his nearest rival, an independent, by 65,664 votes.

Tripura's ruling Communist Party of India-Marxist retained by a huge margin the Amarpur seat, where the BJP edged out the Congress to take the second spot, indicating the marginalization of the Congress in the state.

The Indigenous People's Front of Tripura took the third place with 1,623 votes.