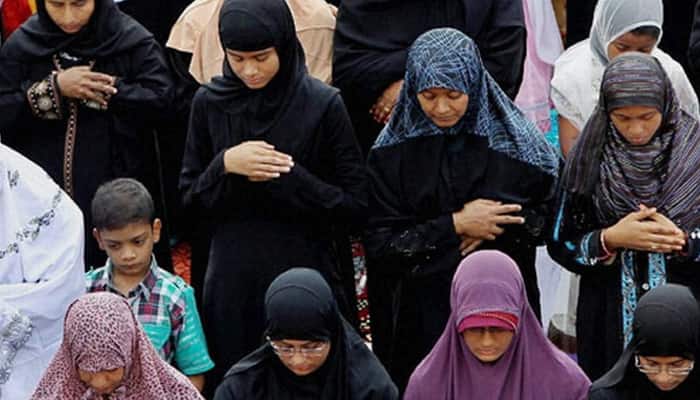 Coming down heavily on the practice of "triple talaq", the Allahabad HC said the triple talaq system practiced in the Muslim community violates the rights of Muslim women.

The High Court held that this form of "instant divorce" is "cruel" and "most demeaning" which "impedes and drags India from becoming a nation".

"Muslim law, as applied in India, has taken a course contrary to the spirit of what the Prophet or the Holy Quran laid down and the same misconception vitiates the law dealing with the wife's right to divorce", a single judge bench of Justice Suneet Kumar said in its judgement passed last month.

The court observed that "divorce is permissible in Islam only in case of extreme emergency. When all efforts for effecting a reconciliation have failed, the parties may proceed to a dissolution of marriage by Talaq or by Khola".

The court's order comes on a petition filed by a Muslim woman from Bulandshahr, who was divorced by her husband as per triple talaq provisions.

Triple talaq is interpreted as the Islamic practice of divorcing a woman by uttering the word talaq thrice. Most Muslim countries do not approve of it.

The Supreme Court is also hearing a petitions challenging triple talaq. The Modi government has proposed for banning the divorce practice.

The AIMPLB  has opposed the Centre's move against the triple talaq.

A debate has emerged over the government's stand opposing the practice of triple talaq with some leading women politicians seeking its abolition, even as some Muslim bodies have accused the ruling dispensation of waging a "war" on their personal law.

Prime Minister Narendra Modi had criticised political leaders and people on the TV debates saying such discussions on triple talaq would keep women "deprived of their rights".

"I request people who participate in TV debates to not make women rights a Hindu-Muslim issue. It is a development issue. The debate should be between the Muslims who are pro and anti-reforms," he had said.

He also said that justice would be given to Muslim women under the Constitution.