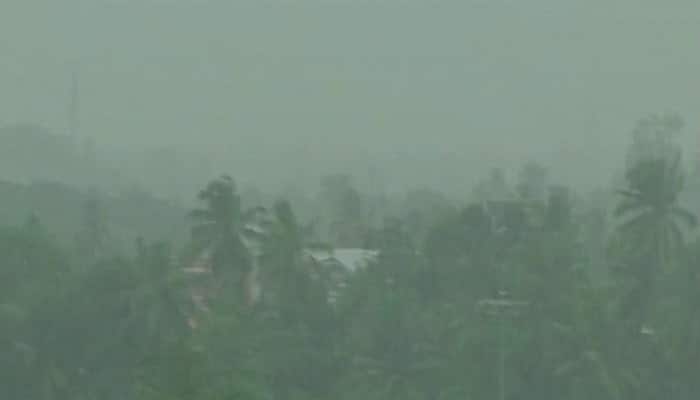 Thiruvananthapuram: Monsoon on Wednesday hit Kerala with heavy rains claiming the life of a 36-year-old man following a landslip in Idukki district.

Several parts of the state has been receiving heavy rains since last night. The IMD had earlier said that monsoon was likely to hit Kerala on June 9.

However, his father escaped unhurt and informed neighbours who engaged in rescue operation.

The mother's condition is stated to be serious and she has been taken to a hospital in Kochi for expert treatment.

Thiruvananthapuram district authorities are taking precautionary steps like restricting flow of tourists to hill stations like Ponmudi in view of heavy rains.

People are also being advised to avoid travelling during night on hilly roads.