Pakistan should have adopted Punjabi as national language: Hafiz Saeed

Hafiz Saeed, chief of Jama'at-ud-Da'wah (JuD), a front group of banned militant outfit Lashkar-e-Toiba (LeT), has questioned Pakistan's decision to adopt Urdu as its national language in a country where majority of people speak Punjabi language. 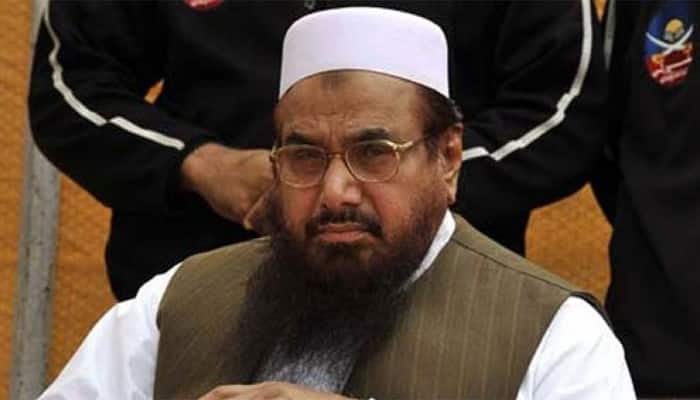 Speaking to a group of his supporters in Lahore last night, Saeed said he felt the government did not adopt Punjabi in 1947 because the written text is in Gurmukhi language and that would have questioned the two-nation theory on which Pakistan was created. Saeed whose base is in South Punjab is pushing for a review of Urdu as the official language.

Saeed, who is based in Johar town near Lahore, is pushing for Punjabi to be the main language of Pakistan. Punjabi is also the main language for the JuD and the LeT recruits and there are frequent anti urdu protests by the cadres of the Punjab based hardline groups whose demand is to make Punjabi the National language. Saeed also cited the fact that Punjabi is the main language of the Pakistan Army and that in itself is reason to review the language situation as a mark of respect to the armed forces.

Saeed mentioned that even though he personally is not a Punjabi speaker, the fact remains that Pakistan's larger interests are more important. He added that in these times where each region of Pakistan is getting restless, Punjabi is perhaps the only language which can ensure the unity of the nation.

There has been no word from Pakistan government after Saeed made the comments.

The creation of Pakistan was based on religion rather than their language and ethnicity. The two-nation theory was the founding principle of the movement to create a separate country for Muslims.

Even after 68 years of its independence, Pakistan continues to have Urdu as its national language but it is losing its prominence as a large number of people continue to speak different languages in different provinces.

Despite their official adoption of Urdu as their first language, some 44 per cent of people in Pakistan speak Punjabi where as Pashto and Sindhi are spoken by an estimated 15 and 12 percent of its population.

Only 8 per cent of Pakistanis speak Urdu whereas 3.6 percent speaks Balochi.

It should be recalled that the Supreme Court of Pakistan in last September directed the federal and provincial governments to adopt Urdu as official language in the country. It questioned the use of English as a language which can't be understood by the public at large.

In order to preserve the Urdu language, the government of Pakistan has directed all schools to treat Urdu as a compulsory subject.

People in Pakistan occupied Kashmir and Gilgit Baltistan region have often hit the streets protesting the government's decision to impose Urdu on them. They say that Urdu reflects a cultural imperialism by the Pakistan establishment.

They allege there is a sinister plan by the Pakistan government to suppress their local languages and dialects including Punjabi.

US govt issues notification for sale of F-16s to Pakistan