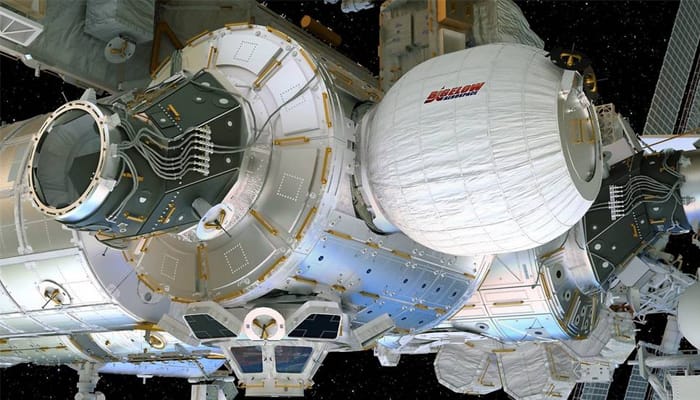 New Delhi: In what could be called as another significant breakthrough, NASA added another feather to its cap by successfully installing the first expandable habitats on the International Space Station (ISS).

However, the expansion of the new habitat module would not occur until late May for two years of habitability tests, US space agency NASA said in a post.

The 1,400 kg BEAM is a $17.8 million project that will test the use of an inflatable space habitat in micro-gravity. BEAM will be filled with air to expand four and a half times its original volume.

SpaceX's Dragon cargo ship arrived at the International Space Station (ISS) on Sunday and was successfully docked by the orbiting lab's robotic arm.

A total of six astronauts are already on-board the ISS along with another US commercial cargo ship called Cygnus that has been attached to the station since March 26.

"With the arrival of Dragon, the space station ties the record for most vehicles on station at one time -- six," said NASA.

The last time six vehicles were docked to the station was back in the space shuttle era, when Discovery visited in February 2011.

During its two-year test mission, astronauts will enter the module for a few hours several times a year to retrieve sensor data and assess conditions.

Inflatable habitats are designed to take up less room on a rocket, but provide greater volume for living and working in space once expanded, NASA said.

This test allows investigators to gauge how well the expandable habitat protects itself against solar radiation, space debris and contamination, it said.

Dragon will remain connected to the ISS until May 11, when it will depart for a parachute-assisted splashdown off the coast of California, bringing almost 3,500 pounds (1,600 kgs) of science, hardware and spacewalking tools back to Earth for further study.

The crew will be spending five months conducting more than 250 science investigation in fields that benefit all of humanity, such as biology, Earth science, human research, physical sciences and technology development.

They observed skeletal muscle cells with a microscope to help researchers identify gravity sensors that may prevent muscle atrophy in space.

Saliva samples were collected for a Japanese experiment analysing how an astronaut's immune system adapts to long-term space missions.

The crew has already set up software for an experiment recording an astronaut's cognitive performance during stressful conditions in space.

They have also given information about their station habitat providing insights to engineers to help them design spacecraft to meet the needs of future crews.