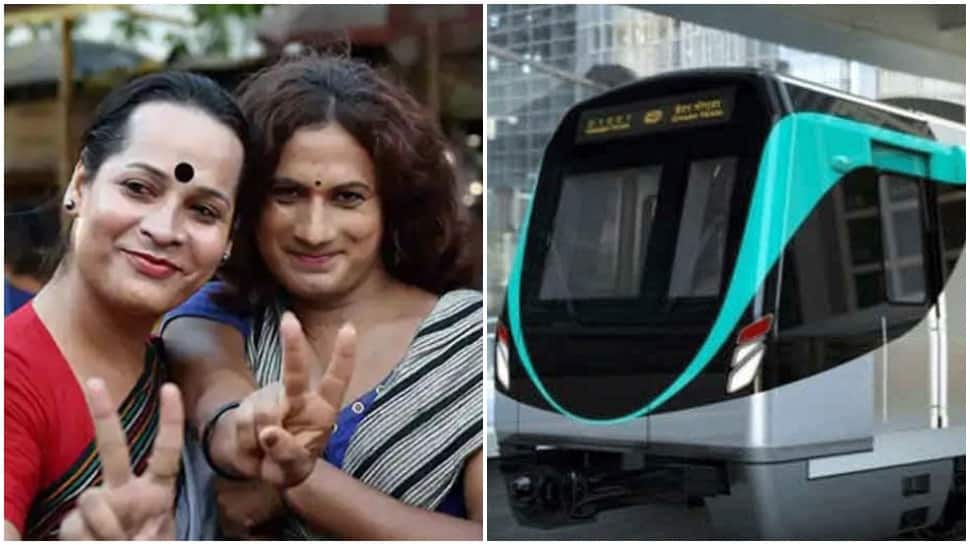 Noida: The Noida Metro Rail Corporation (NMRC) on Wednesday (June 24) decided to dedicate the Sector-50 Metro Station on the Aqua Line to the Transgender Community and renamed it to 'Rainbow' station.

Earlier, NMRC had changed the name to 'she-man station' but the decision reportedly received backlash from the transgender community after which NMRC decided to re-name it to Rainbow station.

NMRC Managing Director Ritu Maheshwari on Wednesday said, "NMRC had received a number of suggestions from individuals and NGO's regarding a suitable name for the station which would correctly signify and represent the essence of this Community. Keeping these suggestions in mind, NMRC has decided to name the station as Rainbow station."

She added," NMRC has started this initiative with very noble intentions with the aim to empower the Transgender Community."

She also mentioned that NMRC will be providing them with employment opportunities to help them become self-reliant.

There will also be structural changes in terms of change in restroom infrastructure and creation of separate security check for the Trans Community, read the NMRC statement.

1. NMRC will also be generating awareness about the Trans Community among its other commuters through its signages at its stations and announcements inside the trains and stations.

2. The NMRC staff will also be sensitized and trained to communicate with the trans community in a sensitive and cordial manner.

3. NMRC also plans to include members of the Trans community into its system by engaging the services of the community members in various aspects of the functioning of the NMRC system, like ticket counters and other areas through NMRC’s deployed contractors. Transgenders will be provided proper training, like other NMRC employees, before being inducted into the NMRC system.