India's Tokyo Olympics bronze medallist PV Sindhu on Tuesday made a winning return from a long break from badminton as she won her first-round match at the Denmark Open on Tuesday, beating Neslihan Yigit of Turkey in straight games. 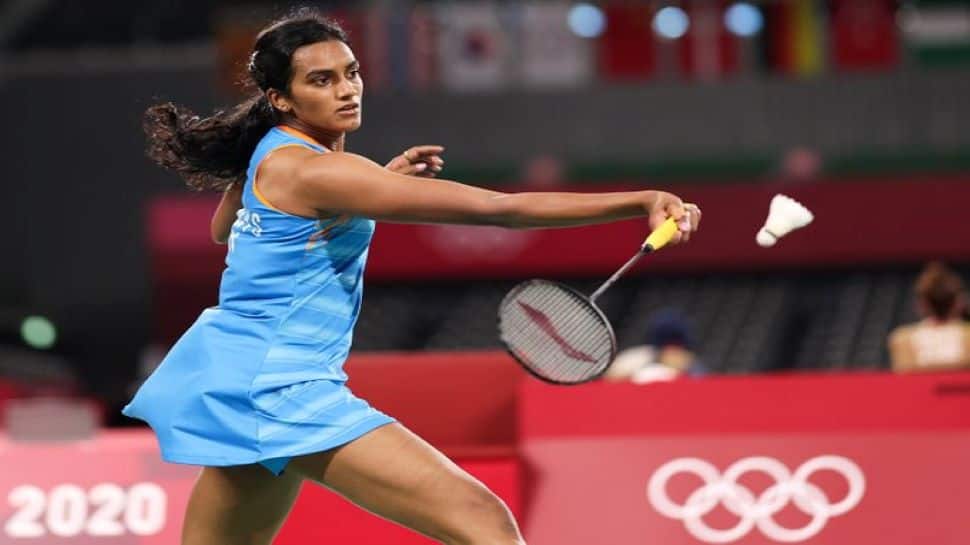 PV Sindhu, who was on a sabbatical since the Tokyo Olympics ended in August this year, romped to a 21-12, 21-10 win against the Turkish opponent in the women's singles first-round match played at court 3 at Odense Sports Park.  It was a mixed day for India in the BWF World Tour Super 1000 event as Kidambi Srikanth and Sameer Verma too advanced in singles as did the doubles pair of Satwiksairaj Rankireddy and Chirag Shetty but B Sai Praneeth and the doubles pair of Manu Attri and B Sumeeth Reddy lost in the opening round of the main draw.

Sindhu, who is ranked 7th in the BWF rankings as compared to Neslihan's 28, was too strong for her opponent and took an early lead in the first game. She maintained her grip on the game and there were no first match jitters as she dominated the second game too, winning it on her second game point.

Srikanth defeated compatriot Sai Praneeth in straight games, winning the all-Indian affair 21-14, 21-11 in 30 minutes. He maintained a strong grip on the match from the start and did not allow Sai Praneeth many chances, earning five match points in the match.

Here's how you can follow the VICTOR Denmark Open!

Sameer Verma defeated Kunlavut Vitidsarn of Thailand 21-17, 21-14 in 42 minutes the men's doubles pair of Rankireddy and Shetty quelled a tough fight from the British pair of the English combination of Callum Hemming and Steven Stallwood 23-21, 21-15 in 39 minutes and made it to the next round where they will meet the Malaysian pair of Goh Sze Fei and Nur Izzuddin. The Malaysian pair had defeated India`s Manu Attri and B Sumeeth Reddy 21-18, 21-11.