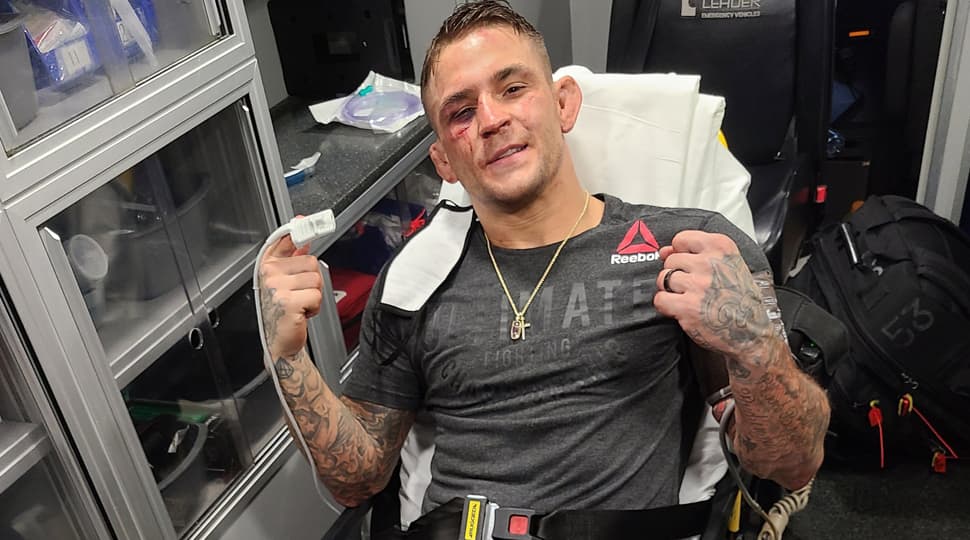 The second round of the main event between Poirer and Hooker at the UFC's corporate gym was too intense with each fighter badly hurting the other with their full power.

The fight went in the fourth round, and Poirier tried several submissions before Hooker escaped. In the fifth round, Poirier looked more energetic than Hooker and he succeeded in winning on all three cards: 48-47, 48-47 and 48-46.

“It was a tough one,” Poirier said. “Dan came to fight. He's a tough guy. He's on the rise. He really thought he was going to get past me. I trusted in my team, in my skill and my work ethic.”

Poirier earned the interim lightweight title in 2019 after defeating Max Holloway. In 2019 September, he lost the belt to unbeaten champion Khabib Nurmagomedov and he then remained out of action for a long time due to a leg injury.

But on Saturday, Poirier looked in superb form as he looked quite comfortable against Hooker, the tough kickboxing star from New Zealand.

Here are the brief details of fights: