The "Iron Lady", who won her first gold medal in the event a decade ago in Rome, came home in 4:35.40, ahead of Japan`s Yu Ohashi and China`s Ye Shiwen. 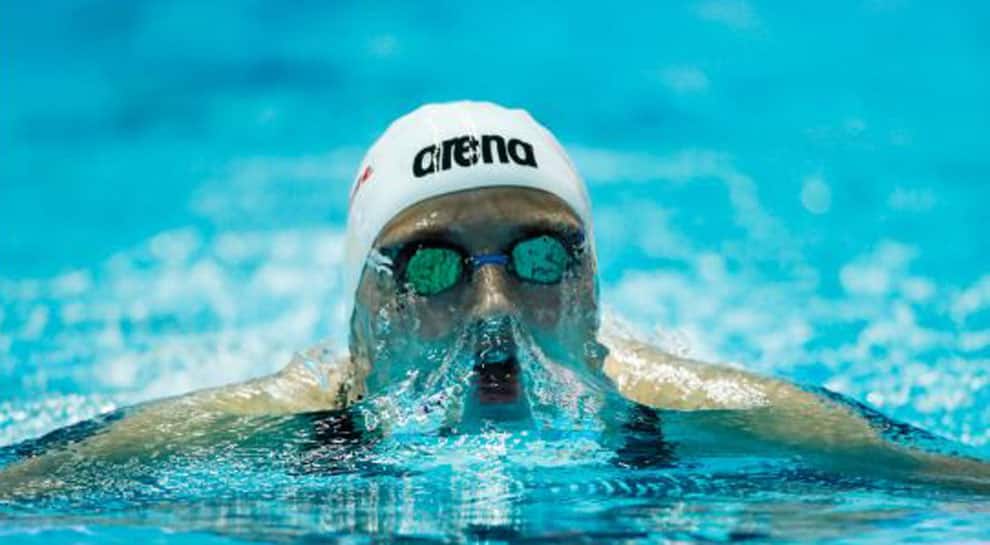 Hungary`s Katinka Hosszu moved a step closer to become the first woman to win five world titles in a single event after qualifying fastest for the 400 metres individual medley in Sunday`s heats at the World Swimming Championships.

The "Iron Lady", who won her first gold medal in the event a decade ago in Rome, came home in 4:35.40, ahead of Japan`s Yu Ohashi and China`s Ye Shiwen.

The 30-year-old world record holder and Olympic champion won her fourth straight 200 medley title earlier in the week and will return to the pool for the final later on Sunday, the last day of the meet.

Japan`s Daiya Seto, who won the 200 on Thursday, also stayed on course for a medley double after going through the 400 heats quickest ahead of Arjan Knipping of the Netherlands and American Jay Litherland.

Knipping was surprised by his ranking after the heats.

"I didn’t actually qualify for the worlds with the qualification time so they just sent me on the progression I made," said the Dutchman.

"And now I am second in the heats so it`s a really a big surprise for me."

Caeleb Dressel will likely get the chance to go for a seventh gold medal in Gwangju, repeating the feat from two years ago in Budapest, after the U.S. 4x100 medley relay team went through to the final.

Dressel is expected to come into the team for the butterfly leg but it will not be plain sailing for the Americans with Russia going fastest in the heats.

Britain will also be a threat with Olympic breaststroke champion Adam Peaty set to come in for the final.

Duncan Scott, who swam the anchor leg for Britain, said it had been a challenge just to make the final given the depth of quality in the event.

"So many different countries are able to string together some competitive teams so it was going to be really, really tough to make it back," he said.

"So we have done our job, we are fourth through to the final so it’s a good lane for tonight."

In the women`s event, the United States posted the fastest time in the heats ahead of Australia and Italy.

Earlier on Sunday, Swimming Australia defended their concealment of Shayna Jack`s positive doping test while one of her teammates was conducting a high profile public campaign against China`s Sun Yang.

Jack was withdrawn from the Australia squad ahead of the championships in Gwangju, with the swimmer and Swimming Australia initially saying it was for personal reasons.

Chief executive Leigh Russell said they had been bound by confidentiality while an investigation was conducted by the Australian Sports Anti-Doping Authority.

South Korean police said on Sunday they had arrested a foreign athlete competing in Gwangju for suspected sexual harassment at a nightclub.

An official at the Gwangju Seobu Police Station said the athlete was under investigation, but did not provide further details.

The incident came a day after two South Koreans were killed and several water polo players injured when the upper deck of a nightclub collapsed on top of revellers.