Asher-Smith believes the male-dominated sports media needs fresh voices and a broader perspective to tell stories that are not being told. 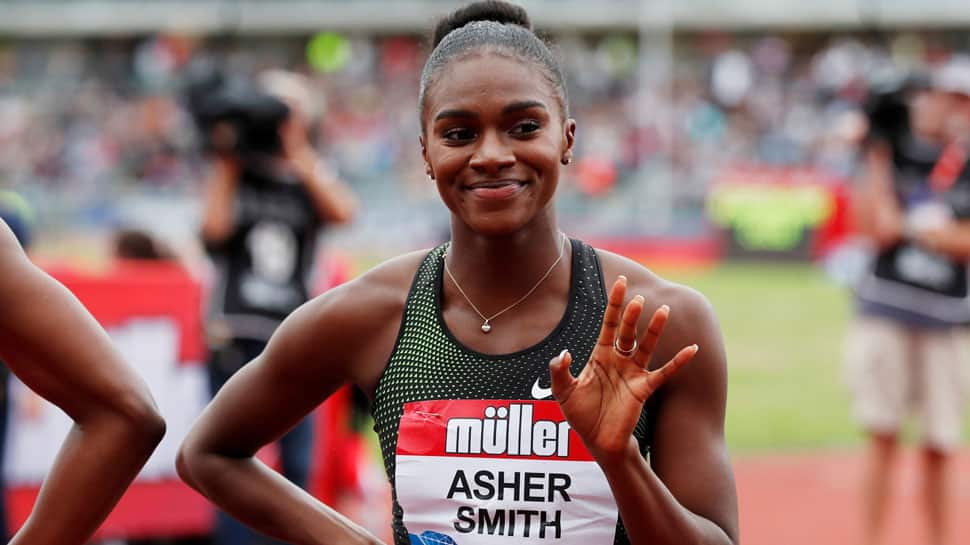 British sprinter Dina Asher-Smith, a triple European gold-medallist, would like to raise the profile of female athletes and believes the best way of doing that is to have more women telling the story.

The 23-year-old holds British records in the 100 and 200 metres, and won European gold in those distances and the 4x100m relay last year.

"I was very fortunate to be able to go into track and field because I could see that as a woman I could make it to the top, I could be in the Olympics," she told an Advertising Week Europe event on Monday. "If you don't see it, you're not aware that it's there," she added.

Her profile in track and field is growing fast, but Asher-Smith believes the male-dominated sports media needs fresh voices and a broader perspective to tell stories that are not being told.

"I do think it could do with being more diverse. If you've only got one section of the population doing that reporting, there is only ever going to be one vision or one voice overall that comes through. The lack of diversity shapes everything," she said.

Asher-Smith has signed up as a columnist for The Daily Telegraph, which announced on Monday a new editorial initiative to 'transform the profile of women's sport and its visibility in the media.'

The newspaper promised 'unprecedented investment' in coverage of women's sport by a British publisher, with female reporters and prominent columnists including British tennis coach Judy Murray, mother of Jamie and Andy Murray.

"Equality is visibility. If you see it, you think you can get there and you know it's worth trying," she added of the need to raise the profile of women's sport in the public consciousness.

England have been doing a good job at that already, with Davies speaking a day after the Red Roses rugby team won the Six Nations with an 80-0 demolition of Scotland at Twickenham.

That match was played in front of a record crowd for a women's rugby match of 13,278.

The England women's soccer side this month won the SheBelieves Cup for the first time, a tournament hosted by world champions the United States, with this year's World Cup in France the next big target for the Lionesses.

England's Toni Duggan scored for Barcelona in a 2-0 win at Atletico Madrid in a top-of-the-table La Liga Iberdrola clash, before a world record crowd for a women's club soccer match of 60,739 at the Wanda Metropolitano on Sunday.

The England netball team are also on a high after winning Commonwealth Games gold last year and with a home World Cup looming in Liverpool in July.

Murray said investing in women's performance in the same way as the men, through clubs or at national level, was the key and the results were coming through.

"As soon as it's watchable, it's marketable, it's sponsorable, it's televisable and that generates bigger numbers who are inspired by watching it," she said.