Widely regarded as the greatest wrestler of all-time, The Undertaker is also a seven-time world heavyweight champion. 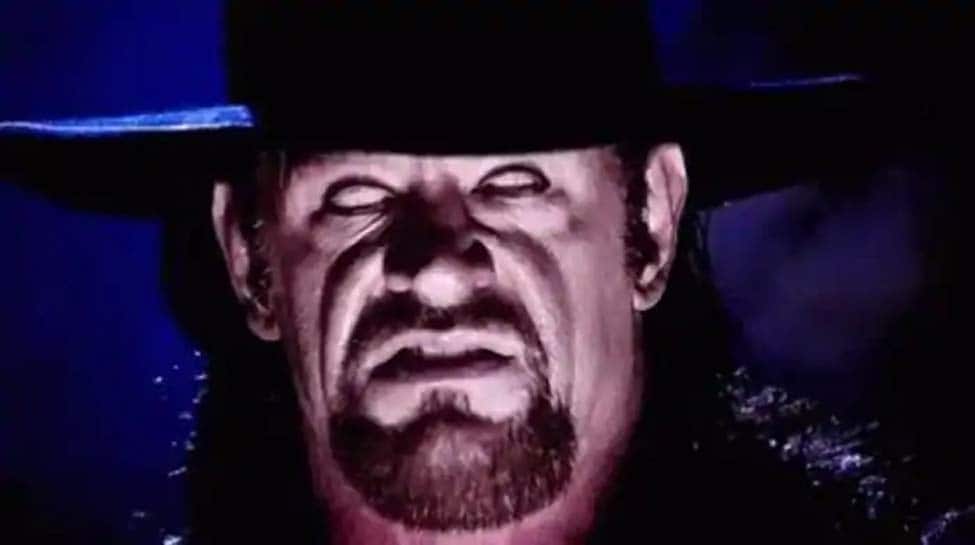 Legendary wrestler Mark William Calaway, popularly known as by his ring name The Undertaker, on Monday announced that he is bidding adieu to WWE.

The 55-year-old confirmed his decision to end his in-ring career after three decades during the fifth and final installment of  his documentary 'Undertaker: The Last Ride' on WWE Network--the glimpse of which was also shared by the wrestler on his official Twitter handle.

"You can never appreciate how long the road was until you’ve driven to the end. #TheLastRide @WWENetwork," he tweeted along with the video.

In the video, The Undertaker referred to his Boneyard bout against American wrestler AJ Styles at WrestleMania 36 earlier this year as the "perfect ending" to his illustrious career.

The wrestler said that he has no desire to step in the ring again.

"If there was ever a perfect ending to a career, that right there was it. If (WWE chairman) Vince (McMahon) was in a pinch, would I come back? I guess time will only tell there. In case of emergency, break glass, you pull out The Undertaker. I would have to consider that. Never say never, but at this point in my life and in my career I have no desire to get back in the ring,"he said.

You can never appreciate how long the road was until you’ve driven to the end. #TheLastRide @WWENetwork pic.twitter.com/JW3roilt9a

Meanwhile, World Wrestling Entertainment (WWE) too took to Twitter and seemed to have confirmed The Undertaker's retirement from the sport by sharing some pictures of him.

Take a look at the tweets:

Born on March 24, 1965 in Texas, The Undertaker began his professional career in 1987, working as various gimmicks for World Class Championship Wrestling (WCCW) and other affiliate promotions.

He made his WWE debut in 1990's Survivor Series event and went on to become on of the most iconic stars of the WWE as his 'The Deadman" avatar gave chills to his competitors as well as spectators.

Widely regarded as the greatest wrestler of all-time, The Undertaker is a seven-time world heavyweight champion.

The Undertaker bagged a total of six tag team titles in his 30-year long career. He is also a one-time champion of Royal Rumble (2007) and a 12-time Slammy Award winner.

He registered back-to-back 21 victories in WrestleMania--a streak which was eventually broken by Brock Lesnar in 30th edition of the showpiece event.

Besides Lesnar, only Roman Reigns has managed to beat The Undertaker in WrestleMania.

IndyCar ready to welcome back spectators