It was a tough outing for John Cena at this year's pay per view event WWE SummerSlam as the former WWE champion failed to make a lasting impact on his fans. 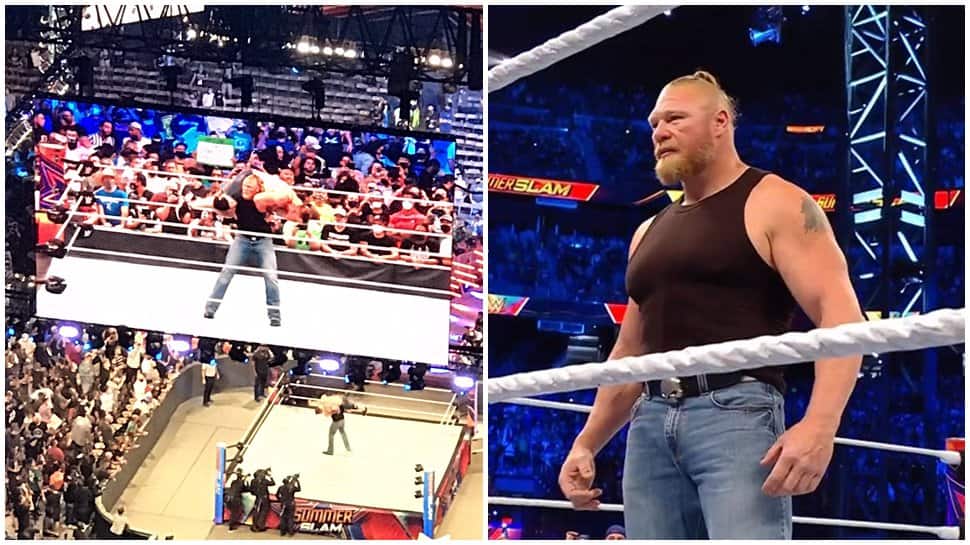 It was a tough outing for John Cena at this year's pay per view event WWE SummerSlam as the former WWE champion failed to make a lasting impact on his fans. Cena, who made a rousing return at Money In The Bank this year, fell in most part of the main event match against Roman Reigns for the Universal Championship, something which was also acknowledged by the commentator during the fight.

However, the night soon turned out to be much worse for Cena as Brock Lesnar, who made a shocking return and confronted Reigns after his match, took down the former WWE champion with German Suplex and F5.

After the show went off air, Lesnar launched an attack on Cena, who was still recovering after his fight against Reigns. The Beast threw Cena around the ring with a pair of German Suplexes and then went to hit him with an F5.

Here are the videos:

What happened after #SummerSlam went off the air. #JohnCena #BrockLesnar pic.twitter.com/F0SJ1HRX4B

After the wrecking show, Cena eventually managed to get up on his feet and waved at the crowd and closed the show.

Lesnar was not the only one who made a return to the ring at Summerslam. Becky Lynch, who had left WWE after announcing she was pregnant, also made a comeback to the show after 16-long months. She made her presence felt within seconds as she became the new SmackDown Women's Champion by beating Bianca Belair in less than a minute.