Patna Airport to get a facelift, new domestic terminal building to be built

The decision has been taken with a view to boost the airport infrastructure. 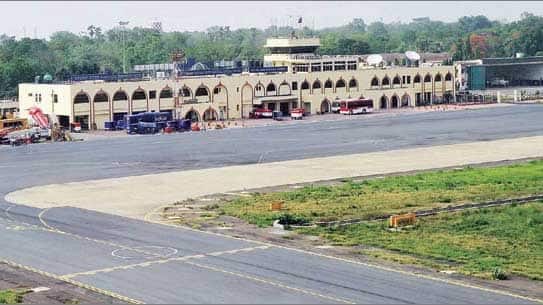 After the construction of the new terminal building, the airport can handle 4.5 million passengers per annum (mmpa) from the current level of 0.7 mmpa, an official release said. The existing terminal building of the airport is a timeworn double-story structure which is operating at four times its capacity.

The CCEA cleared construction of the terminal and other allied structures at Patna airport at an estimated cost of Rs 1,216.90 crore. The project is part of the package for Bihar announced by Prime Minister Narendra Modi.

"The new terminal building shall have an area of 65,155 square metres, including basement area of 18,650 sqm and shall be equipped with world-class passenger facilities," it said.

With the construction of the new terminal building, the government aims to create additional jobs due to the increase in economic activities in Patna region.

Some of the old India Tourism Development Corp (ITDC) hotels have already been privatised. "As per the disinvestment policy of the Government of India, it had been decided to lease /sub­lease the ITDC hotels/ properties/units / joint ventures jointly with the state governments," a Tourism Ministry statement said.

The policy of returning the properties to the states where they were not agreeable to joint leasing with the Centre "had been formulated keeping in view that running and managing hotels on professional lines is not the job of government or its entities", it said.