Anupam Kher responds to protests against 'The Accidental..' in Kolkata

Anupam Kher on Saturday reached out to Congress president Rahul Gandhi after his party workers held a demonstration against the screening of `The Accidental Prime Minister` inside a cineplex in Kolkata. 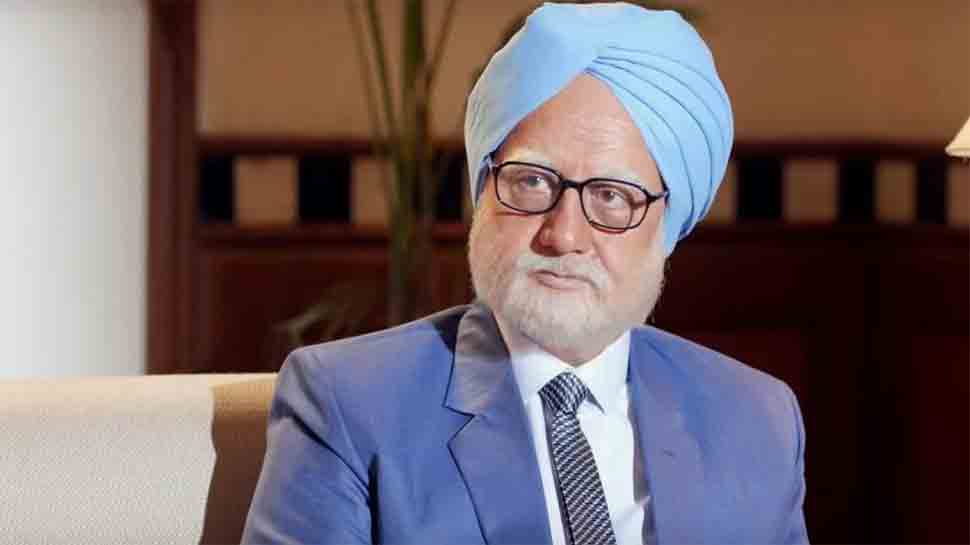 New Delhi: Anupam Kher on Saturday reached out to Congress president Rahul Gandhi after his party workers held a demonstration against the screening of `The Accidental Prime Minister` inside a cineplex in Kolkata.

The veteran actor, who plays Dr. Manmohan Singh in the film, took to social media to remind Rahul about his earlier tweet on freedom of expression.

He wrote, "Dear @RahulGandhi. I don`t think your supporters who vandalized a theatre playing #TheAccidentalPrimeminister read your tweets about #FreedomOfExpression."Meanwhile, a video of the incident was recently made public by ANI.

In the clip, a group of protesters can be seen moving around the mall sloganeering against the screening of the movie and the lead actor, Kher.`The Accidental Prime Minister`, which hit the big screens on Friday, is based on facts as chronicled in a book by Sanjaya Baru-- Manmohan Singh`s media advisor between 2004 and 2008.

It revolves around Singh`s life, the economist and politician who served as the Prime Minister of India from 2004 to 2014 under the United Progressive Alliance (UPA) government.The film has been drawing a lot of flak from the opposition Congress party which poked holes in the portrayal of the former prime minister.

The party also criticised the trailer, which was released in December, saying that the movie shows Sonia Gandhi and her son Rahul Gandhi in a wrong light.

Digital space has no where to go but up: Vir Das