On his 39th birthday, doting wife Mira Rajput wished the 'love of her life' with a beautiful picture on the Instagram story which gave solid romantic vibes. 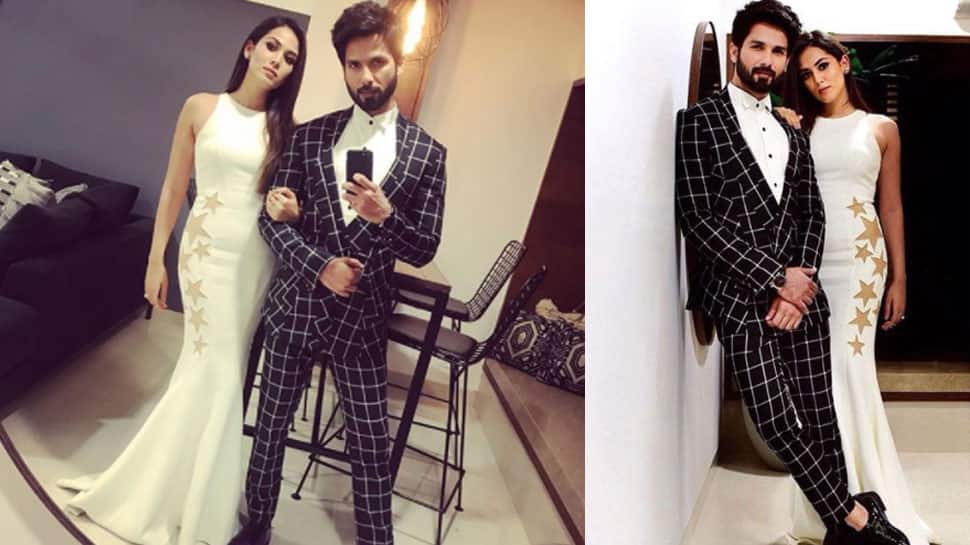 New Delhi: Bollywood's one of the most talented finds, actor Shahid Kapoor turns a year older on February 25. On his 39th birthday, doting wife Mira Rajput wished the 'love of her life' with a beautiful picture on the Instagram story which gave solid romantic vibes. 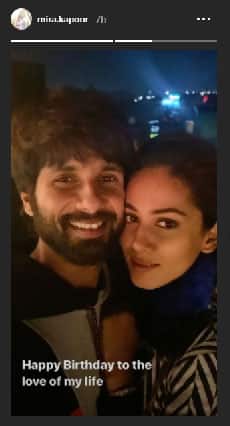 Sasha, as he is fondly called, made his smashing debut in showbiz with Ken Ghosh's 'Ishq Vishk' in 2003. He bagged the Filmfare Award for Best Male Debut for his part. Post that, he went on to star in several big projects such as 'Kaminey', 'Jab We Met', 'Haider', 'Udta Punjab' and more recently 'Padmaavat'.

His list of filmography is long and interesting as he has featured in both critically acclaimed and commercially successful ventures.

The actor got hitched on July 7, 2015, in Gurgaon. It was a private affair with just family and close friends in attendance. The duo got blessed with a baby girl named Misha on August 26, 2016.

The couple welcomed their second child, a baby boy named Zain in September 2018. The duo has is often spotted chilling at various party hubs in Mumbai and is seen as one of the most good-looking couples around.

After delivering a blockbuster hit with 'Kabir Singh', Shahid is now gearing up for 'Jersey' remake.