The puja song is titled 'Ashey Maa, Durga Shey' and in just four days, the video has garnered close to one million views. 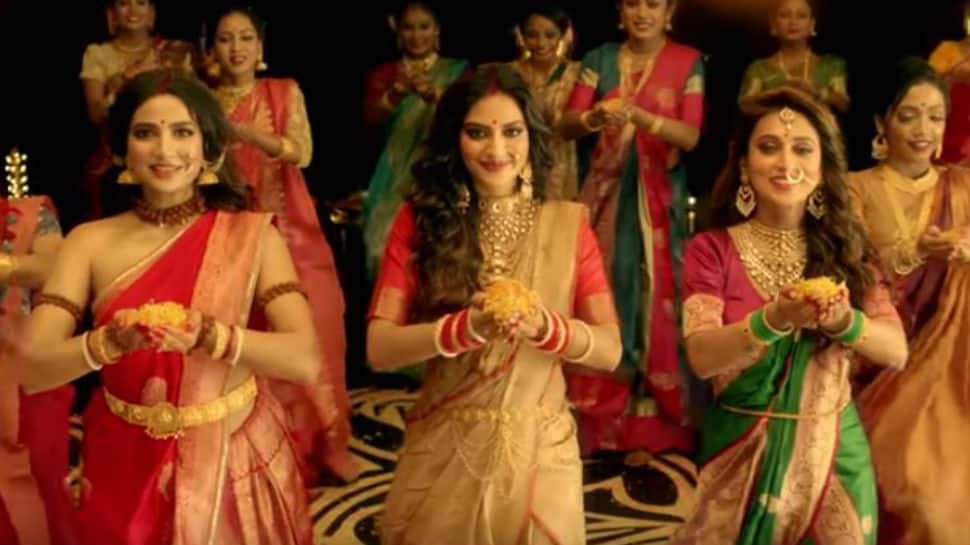 New Delhi: Actresses-turned-politicians Nusrat Jahan and Mimi Chakraborty have shot for a dance video for Durga Puja, which is the biggest festival in West Bengal. The video is a theme song on puja for a steel company and has gone crazy viral.

The two actresses are dressed in traditional attires and have festooned their look with heavy gold jewellery. The video also features top Bengali actress Subhashree Ganguly.

The puja song is titled 'Ashey Maa, Durga Shey' and in just four days, the video has garnered close to one million views.

You can see the video here:

The music has been composed by Indraadip Das Gupta while the lyrics courtesy goes to Ritam Sen and Kuheli Dey Sarkar.

Nusrat and Mimi are renowned stars of the Bengali film industry and several films to their credits. They are also Trinamool Congress MPs from Basirhat and Jadavpur, respectively.

Nusrat recently got married to businessman Nikhil Jain in a dreamy wedding in Italy.

Hina Khan shows off her bold and beautiful side in latest pictures!