The TV star was one of the popular contestants in reality show 'Bigg Boss 12' along with Dipika Kakar and Karanvir Bohra amongst celebrities. 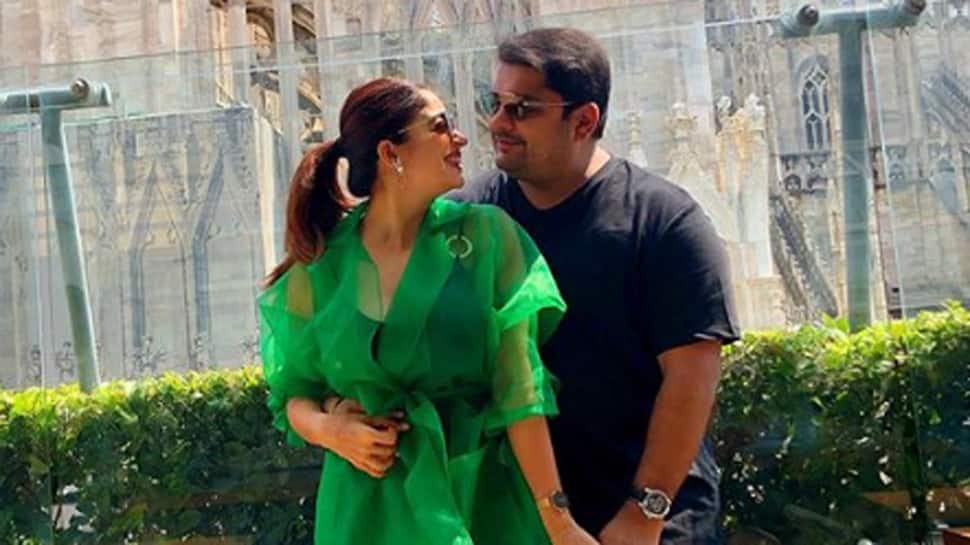 New Delhi: Popular television face and former 'Bigg Boss 12' contestant Nehha Pendse is in love! And that confirmation comes straight from the horse's mouth. The pretty looking telly star took to her Instagram this morning and decided to 'heart it out' loud.

Nehha shared a picture with her mystery man, who goes by the name Shardul Singh Bayas. The two look adorable and totally in love. The photo looks breathtaking as the backdrop is the picturesque Milan. One can spot her wearing a huge rock in the ring finger in the picture shared on social media yet she has not officially declared it.

Check out her picture:

The gossip mill is abuzz with rumours of her secret engagement with Shardul but the actress told Bollywoodlife.com that although they are in a relationship, marriage is not happening anytime soon.

The TV star was one of the popular contestants in reality show 'Bigg Boss 12' along with Dipika Kakar and Karanvir Bohra amongst celebrities.

Nehha made her movie debut back in 1999 with 'Pyaar Koi Khel Nahin' and was later seen in 'Devdas'. She has featured in several Hind, Tamil, Malayalam, Kannada and Marathi movies.

She acted in 1995 television shows 'Captain House', 'Padosan' but it was in 'Hasratein' (1996) that she got instant recognition and became a household name.

After that she went on to star in several shows such as 'Bhagyalakshmi' in Marathi, 'May I Come In Madam?, 'Family Time With Kapil Sharma' to name a few.