A new breed of flawed and relatable protagonists are winning hearts and wooing minds. 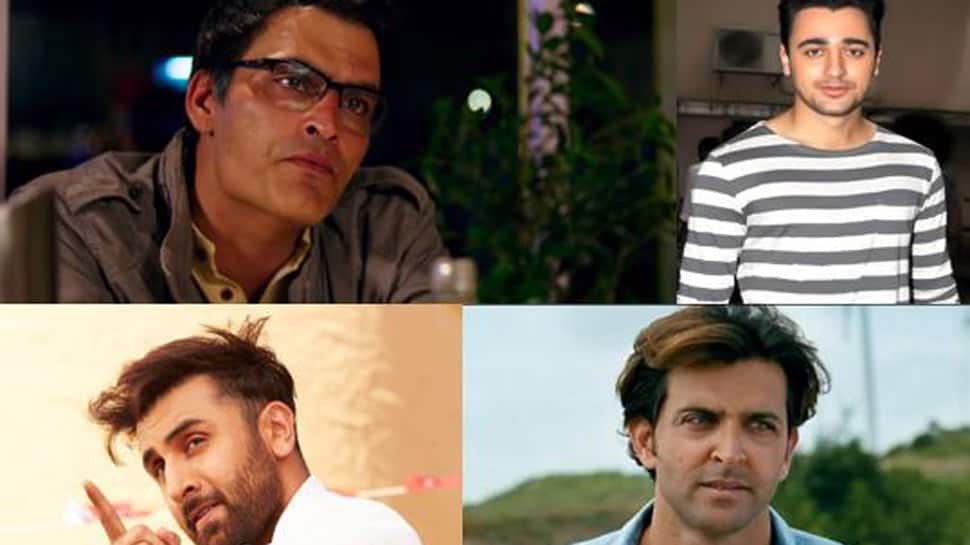 New Delhi: Bollywood stars such as Ranbir Kapoor, Imran Khan to Manav Kaul, these actors have portrayed more relatable roles. They are flawed, vulnerable, and often give audiences an insight into their messy inner world unflinchingly.  Here is a look at some of them.

Be it the small-town boys in 'Kanpuriye' or the not- so- upright paan vendor of 'Chaman Bahaar,' the male characters in the quirky productions of  Yoodlee Films are usually far from perfect. But it is Manav Kaul's Beni Madhav Singh in 'Music Teacher' (2019) who is perhaps the most relatable of them all. Director Sarthak Dasgupta paints a perfect portrait of an imperfect man who cannot make up his mind about either love or the key decisions of life and then reaches middle-age only to realise that his best years are not ahead but behind him.

Most of Imtiaz Ali's heroes are just lost men looking for existential answers. Ranbir Kapoor' Ved in 'Tamasha' (2015) is no exception. Acutely suppressed as a child, he is creatively lost, stuck in an uninspiring job and unable to release his inner story-teller who craves a life brimming with adventure and unfettered love. The transition of Ved from a joyless automaton to a creative genius is the story of everyone who knows something is missing in life but has not yet found it.

This Zoya Akhtar film was an absorbing bromance with three fascinating portrayals of men who are strikingly different and also relatable. The biggest surprise in ' Zindagi Na Milegi Dobara'  (2011) however was Hrithik Roshan who in a refreshing departure from his super-heroic, larger-than-life roles, played a cynical workaholic, still nursing an old grudge. This was truly a coming- of- age film where each of the three men experienced a relatable emotional breakthrough though none of them were particularly young.

Imran Khan like his uncle Aamir Khan was introduced to us as a boy-next-door in his debut film. Unlike Aamir's 'Qayamat Se Qayamat Tak' though, 'Jaane Tu... Ya Jaane Na' (2008) was not a tragic love story. It was the journey of two best friends who have been in love all along but don't realise it till a filmy sprint to the airport makes it clear as daylight. Jai, the hero was not supremely self-assured. He was neither exceptionally brilliant or accomplished. He was just a young boy learning to negotiate matters of the heart with a little help from his empathetic mother and the universe. Yes, he could throw a punch but only when it was absolutely necessary. And all of us related to how normal, ordinary and yet endearing he was.

I had Aishwarya and Hrithik so it wasn’t difficult for me to make them look cool: Shiamak Davar on Dhoom 2 dance