In a video that is doing the rounds on the internet, Ranveer Singh is seen hugging and consoling the fan. "Put it there, man, put it there. There's always a next time. Don't be disheartened." 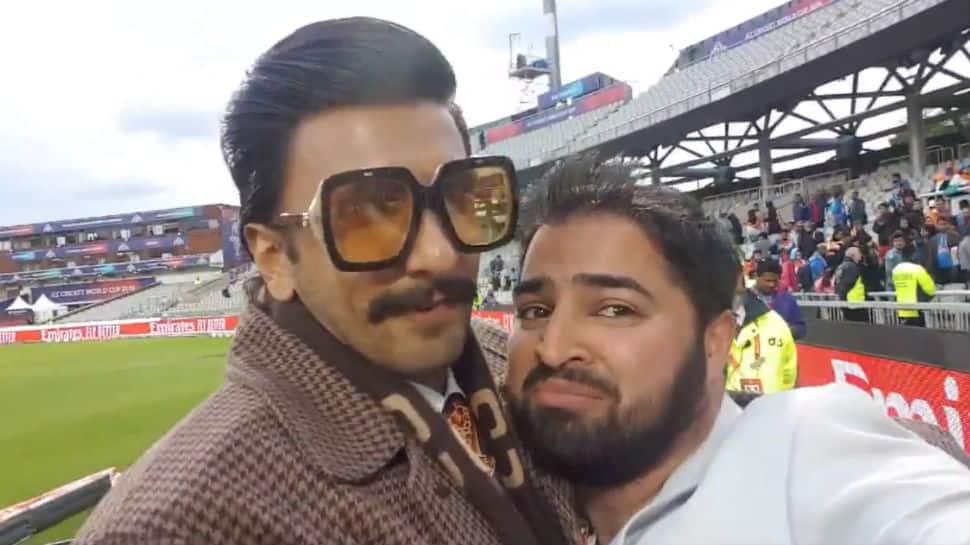 After pictures of him hugging Indian captain Virat Kohli created a social media frenzy, the actor also embraced a Pakistan fan and told him not to be upset after his country lost to India by 89 runs.

I've been a die-hard fan of Indian cricket since childhood. Invested so much emotion into our beloved team. Willing and wanting them to be the undisputed best in the world. And then, there was VIRAT KOHLI. pic.twitter.com/tXPNw0le60

In a video that is doing the rounds on the internet, Ranveer is seen hugging and consoling the fan. "Put it there, man, put it there. There's always a next time. Don't be disheartened. You played well. Boys are dedicated, committed, professionals and they will be back," he says in the video.

The fan, identified as Aatif Nawaz, is based out of London. As per his Twitter bio, he is a comedian by profession. Nawaz shared the video of him with the actor and captioned it as, "Indian fans are nice. Thanks, Ranveer."

Ranveer, 33, made his commentary debut alongside cricket legends Sunil Gavaskar and Virender Sehwag on Sunday. Meanwhile, he also joined the crowd and cheered for Team India.

His infectious energy, like always, was off the charts. Post the match, he shared snippets from the day. Take a look.

On the work front, Ranveer is currently shooting for his film '83, based on India's iconic win in the 1983 Cricket World Cup. He plays Kapil Dev in the film directed by Kabir Khan.

Salman Khan, your shirtless pic is making the internet swoon, but what's with the caption?