The power couple never misses a chance to grab eyeballs at events, be it a movie premiere, song launch or a fashion show. 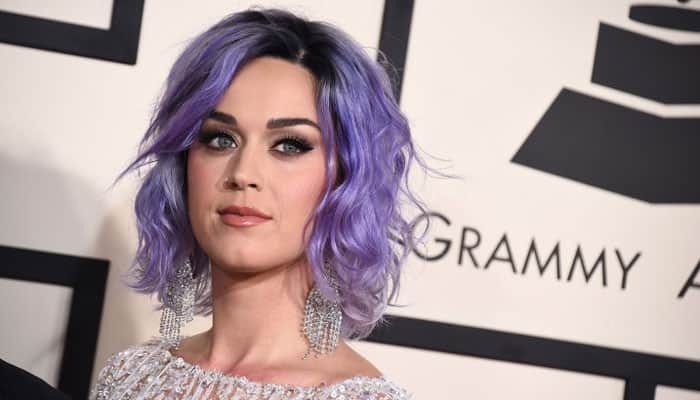 Washington DC: Ever since singer Katy Perry and actor Orlando Bloom got engaged, the duo has been attending all the events together dressed to the nines. The power couple never misses a chance to grab eyeballs at events, be it a movie premiere, song launch or a fashion show.

The `Swish Swish` songstress arrived at the TCL Chinese Theatre in a lovely lavender dress and a blonde bob. She rounded off her look with her flower-shaped engagement ring, which features a pink center stone surrounded by diamonds. While Bloom looked dapper in a regal blue suit with black shoes. The pair adorably locked lips while posing for the cameras at the star-studded premiere.

The 34-year-old singer and the 42-year-old actor wrapped their arms around each other and shared a sweet kiss while posing for the camera on the red carpet.The `Never Really Over` songstress even joked that she`d let her beau pick which side to stand on so photographers could capture his best angles."You get your side tonight. We all have a side, and he wins tonight. It`s his night," she joked on the red carpet.

While Bloom plays detective Rycroft Philostrate in the upcoming fantasy drama, Perry claimed that she was taking on the "role" of "supportive girlfriend" for the big premiere of the series. While the stars haven`t announced a wedding date yet, Perry made it clear that they are not rushing into marriage."[We`re] definitely trying to, like, lay the good emotional foundation for the lifetime of commitment--which is a big deal, you know?" she said on KISS Breakfast With Tom and Daisy earlier this summer, explaining the reason why they are taking it slow.

Bloom popped the big question to the Grammy-nominated singer in a romantic Valentine`s Day proposal in February. The much-in-love couple shared their happy news via Instagram later that night, with photos that showed off Perry`s stunning engagement ring.

Fans can watch `Carnival Row` on Amazon from August 30.