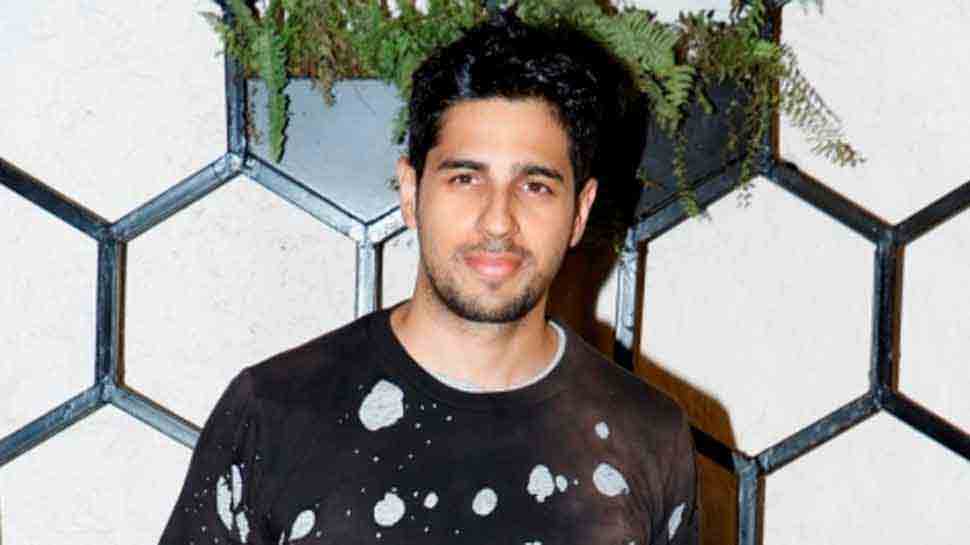 Mumbai: Actor Sidharth Malhotra, who has turned 34, says he has no plans to get married in the near future.

When Sidharth, an eligible bachelor in the film industry, was asked if he has any plans to get married, he told the media here: "I don't have any plans for marriage as of now. Wedding season is not like a cricketing season which should be continued for an entire year. There is still a lot of time for my marriage to happen, but when it will happen, I will be ready for that in a Rohit Bal outfit."

Sidharth was interacting with the media when he walked the ramp for Bal at Blenders Pride Fashion Tour, along with actress Diana Penty here on Wednesday.

On the meeting, Sidharth said: "We had got an invitation from Prime Minister's Office to discuss the future of the film industry. We talked about how we can make this industry better and what are the areas where we need to improve. Our government has already cut down GST on film tickets since the beginning of this year.

"Modi sir wanted to know the viewpoint of young actors, so it was a really fruitful and positive meeting with him. So, we are hoping that in future, we will able to see good changes in the film industry."

Sharing his experience of walking the ramp for Bal, Sidharth said: "It's a birthday gift to walk for him. I did a ramp walk for him around 10 years ago when I was in college. A few months ago, we were discussing that we have to do a show together and this show was organised on my birthday, so it was quite exciting.

"I think it was a really good show. I would say at least for men, he is one of the best designers we have in our country. He is designing different styles of clothes from many years. I think the kind of royal, regal and masculine touch he brings to his collection is really commendable."

On the big screen, Sidharth will next be seen in "Jabariya Jodi" with Parineeti Chopra and in "Marjaavan" along with Rakul Preet Singh, Riteish Deshmukh and Tara Sutaria.

Woman withdraws sexual harassment complaint against Bhushan Kumar, says it was out of 'frustration'