A YouTube user uploaded it on the video-sharing site. 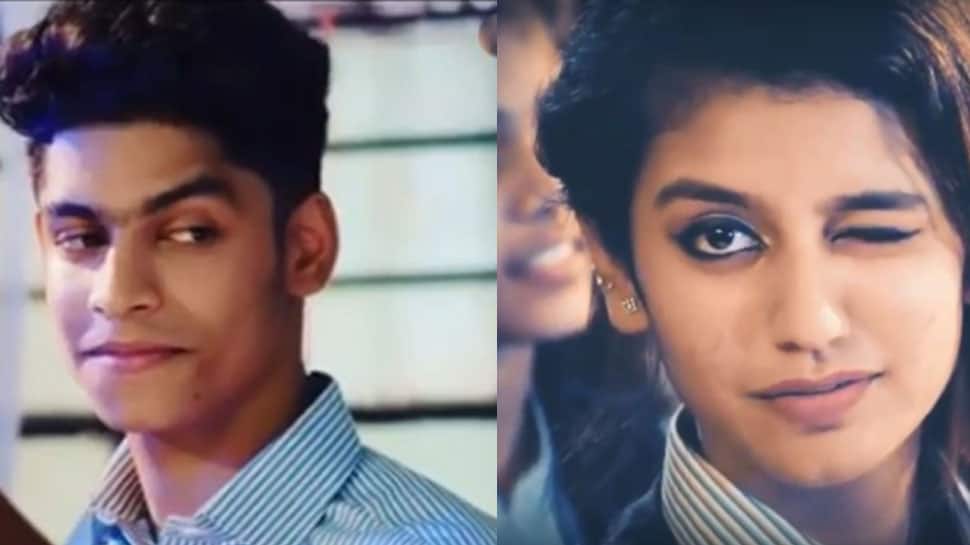 New Delhi: The internet sensation Priya Prakash Varrier is back in the news! After swooning a million hearts with her 'wink', the young actress has again gone viral but this time it's for a leaked scene. A video has found its way to the internet where Priya and co-star Roshan Abdul Rauf can be seen lip-locking.

The clip looks like from their maiden Malayalam venture 'Oru Adaar Love' which is releasing on Valentine's Day (February 14, 2019). Both can be seen wearing the same uniform which they donned when the famous 'wink' video went viral.

A YouTube user uploaded it on the video-sharing site.

Priya got her instant fame after a small clip from her debut Malayalam film 'Oru Adaar Love' went viral last year. It was a clip taken from the song 'Manikya Malaraya Poovi' where she got the big thumbs up from the viewers for her expressions and her 'winking' act won many hearts.

The song featured Priya and Roshan in lead roles. The movie will also be dubbed and released in Telugu and Kannada.