The 36-year-old actor recently opened up about the hate the couple have received over their age gap in her interview with InStyle as cited by E! News. 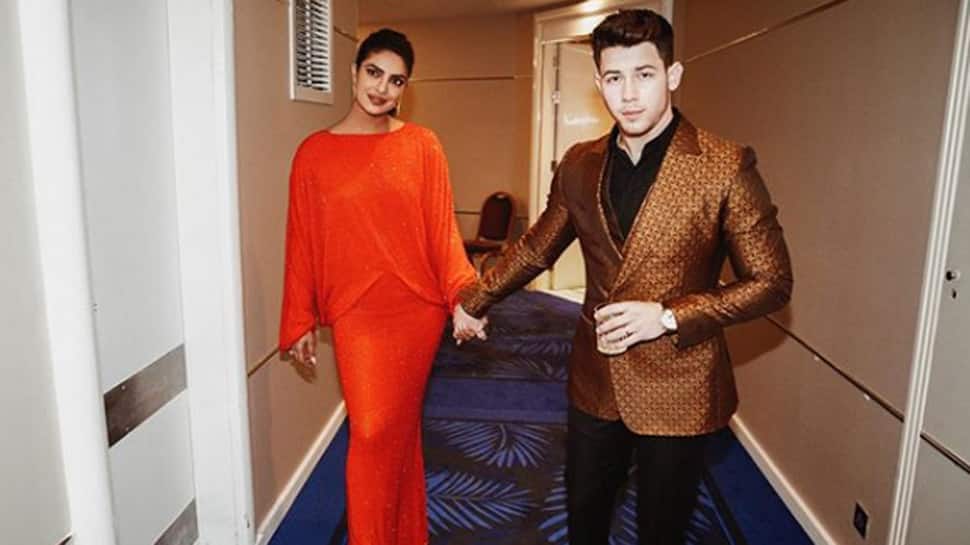 New Delhi: Priyanka Chopra and Nick Jonas' lavish wedding has been the talk of the town for a quite a long time now. It's been over six months since the couple tied the knot in two dreamy wedding ceremonies. While many people love and adore the pair, others continue to give a lot of hate to Priyanka for marrying the American singer, who is almost 10 years younger to her.

The 36-year-old actor recently opened up about the hate the couple have received over their age gap in her interview with InStyle as cited by E! News. "People gave us a lot of s--t about that and still do. I find it really amazing when you flip it and the guy is older, no one cares and actually people like it," she told the magazine.

Unfortunately, this isn't the only negativity the 'Quantico' star and her husband have received. Just days after the couple tied the knot, a media outlet published an article, titled 'Is Priyanka Chopra and Nick Jonas's Love for Real?". The writer in the article called Priyanka a 'global scam artist'.

Many of her family members including her brother-in-law Joe Jonas and his wife Sophie Turner immediately came out in her support and slammed the article. "Nick, Joe, Sophie, my mom, his parents, everyone was there furiously typing on their phones. They were so mad," she recalled.

Following the controversy, the piece was later updated and the author issued an apology. However, Priyanka decided to not pay any heed to the article or its author.

"Commenting on some stupidity means it eventually becomes important because I gave it importance. A lot of people don't understand that way of thinking. It's not a myopic thought ... it's a long-term plan," she added speaking of the article.

The 'Isn't It Romantic' actor was also criticised for sharing too many updates from their wedding on social media. "If I wasn't a famous person and I'd just got married, don't you think my Insta would have photos of me and my husband?" she recently told The Sunday Times as cited by E! News.

"Just because I'm famous, don't I have the ability to be proud of being a newly-wed without people saying that I'm using my marriage? I gave up my right to privacy when I became a public person, it's the deal you make with the devil. But trust me, there are lots of things I still keep personal," she added.

She is also working on her big endgame--changing the world. "I want to change the world a little bit. My big endgame is creating a formidable career and legacy for myself, but at the same time I want to have moved something," she told InStyle.

She added that she hopes to start a family with Nick when the time is right. "I want my existence to have meant something. I want my kids to turn around and be like, `Yeah, that was my mom`," she said.

Priyanka also shared some pictures from the magazine's shoot on her Instagram account and it's safe to say that she looks every bit ravishing. The stunner recently turned cover girl for InStyle magazine and looked drop-dead-gorgeous in a backless Tarun Tahiliani saree.

She also shared another picture from the shoot, in which she looked every bit alluring in a Sabyasachi saree teamed up with a belt. She rounded off her look with dewy makeup and a statement ring. In the third picture posted by her, the actor can be seen wearing an indo-western outfit.

Donning a crop shirt, chunky neckpiece, and ethnic skirt, Priyanka looks nothing less than a stunner.In addition to enjoying her married life, the star is working on a new reality show with Nick called 'A Week to Sangeet', as well as a new romantic comedy with Mindy Kaling. She is also making her Bollywood comeback with 'The Sky Is Pink'.