Bollywood actor Saif Ali Khan, who was seen scolding the paparazzi for clicking Taimur Ali Khan's pictures, has now opened up about the buzz around his son's film debut. 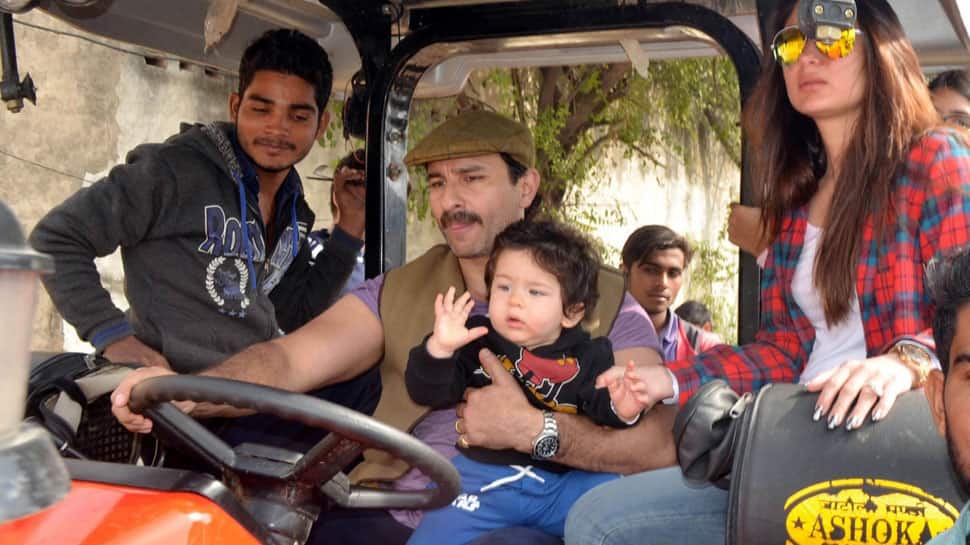 New Delhi: Bollywood actor Saif Ali Khan, who was seen scolding the paparazzi for clicking Taimur Ali Khan's pictures, has now opened up about the buzz around his son's film debut.

Expressing his shock over people speculating Taimur's debut on the film, Saif told Hindustan Times, "I am really surprised. Some people don’t know us well. I am very surprised that after 30 years of knowing us, people imagine that we would put Taimur in a film, or even allow that to happen in a nightmare scenario, or in an extended reality in the Twilight zone, or an episode of Black Mirror. There’s just no chance on Earth. We are not like that."

Saif, who was away with his wife Kareena Kapoor and kid Taimur in London for over a month, said he was happy being away from the paparazzi attention.

“I want to thank the paparazzi for having backed off from our house. They have shown class and dignity in doing that. My deepest respect to them, for giving Taimur a little opportunity to be normal. Taimur was in London (till now), and hadn’t seen a camera in a long time. I promise you he didn’t miss it at all!" he told the daily.

On the work front, Saif's web series Sacred Games 2 is received well by the audience. He will be next seen in Jawani Janeman.

Salman Khan walks out of Sanjay Leela Bhansali's Inshallah-Here's why