Sara Ali Khan is vacationing in the Maldives with brother Ibrahim Ali Khan and mother Amrita Singh. She has also been actively uploading posts from her vacation on the island-nation. The actress uploaded a new video to Instagram in which she is seen working out. She flaunted her core control in the video that she uploaded in which she is swinging on a cloth that is suspended from the roof. 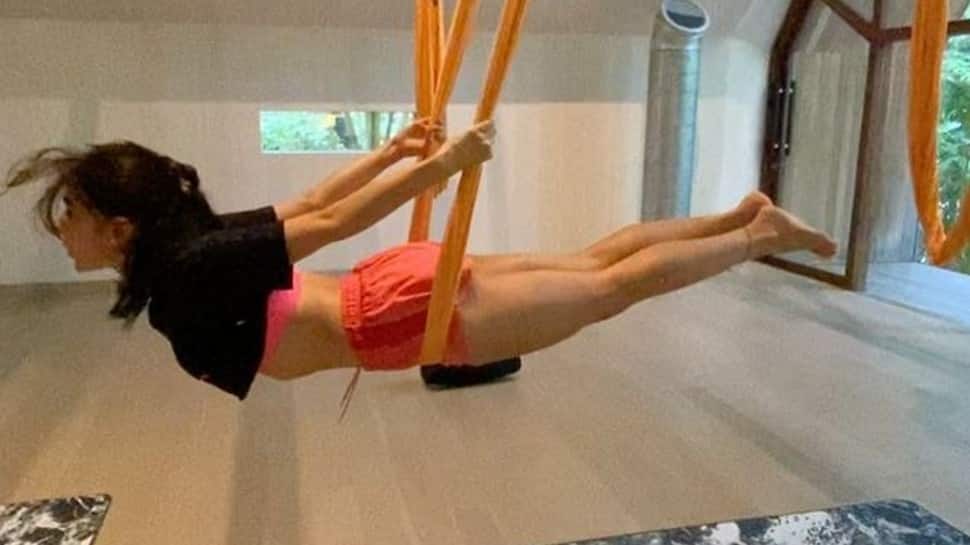 Mumbai: Actress Sara Ali Khan working out and loves sharing fitness videos, too. She took to social media to share a new video in which the young Bollywood star aces the aerial yoga.

In the Instagram clip, Sara is seen performing aerial yoga with the help of a yoga hammock. She is seen swinging dressed in a black crop top and orange shorts. Her perfect posture and core control inspires fans to achieve their fitness goals.

Sara is known for her sense of humour and didn’t miss this opportunity to make her fans giggle as she captioned her post saying, "Swinging into the weekend."

The actress keeps sharing tidbits from her workout schedule with fans on her social media.

Take a look at the how she performed the aerial yoga:

Currently, the actress is vacationing in the Maldives with brother Ibrahim Ali Khan and mother Amrita Singh. She has also been actively uploading posts from her vacation from the island-nation.

Sara was recently seen in the OTT-released film ‘Coolie No. 1’ along with actor Varun Dhawan, and she has started shooting for her next ‘Atrangi Re’. The film also stars Akshay Kumar, Dhanush and Nimrat Kaur. It is directed by Aanand L. Rai.