Sridevi's mortal remains to arrive in Mumbai on Monday 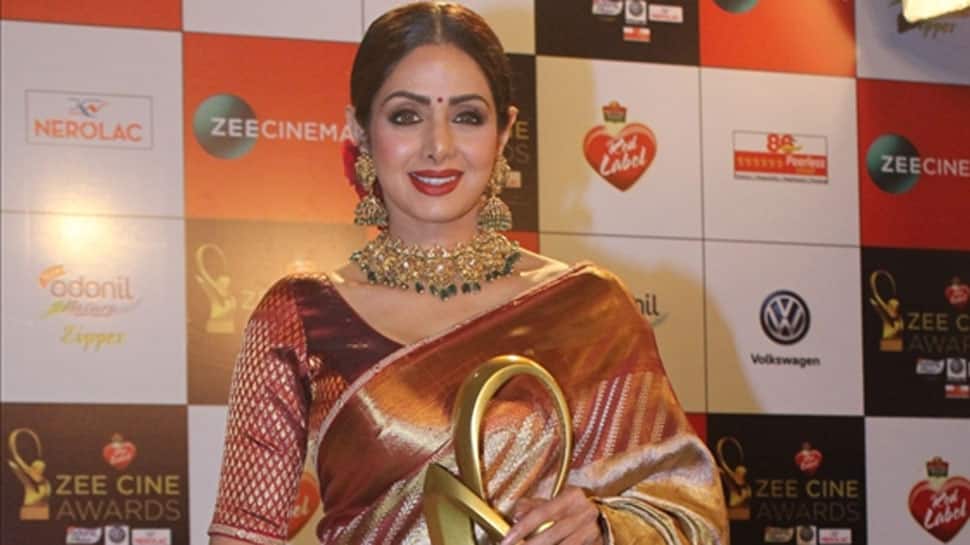 As per reports, Anil Ambani has sent an aircraft to Dubai to bring back Sridevi`s body to India. The 13-seater private jet, (Embraer-135BJ) belonging to Reliance Transport and Travel Ltd, is said to have left for Mumbai for Dubai around 1.30 pm on Sunday.

Boney Kapoor, Jhanvi, Khushi and the entire Kapoor, Ayyappan and Marwah family is deeply bereaved and shocked with the untimely loss of Sridevi Kapoor," the statement, issued by the Yash Raj Films (YRF) on behalf of the family, had said on Sunday.

"They thank the entire media for their prayers, support and sensitivity during their time of grief. Late Sridevi Kapoor's body will arrive in India on Monday, it had added.

The Khaleej Times had reported on Sunday, citing UAE officials, that Sridevi's autopsy had been completed and the family was now awaiting laboratory reports conducted by the General Department of Forensic Evidence.

As per reports, Sridevi will be brought to Bhagya Bungalow in Andheri (West) between 7 am to 10 am for the last respect.

Legendary Bollywood diva breathed her on Saturday night following a massive cardiac arrest in Dubai. She was 54. The veteran actor had flown to celebrate the wedding of Mohit Marwah.

Sridevi was staying in Jumeirah Emirates Tower hotel. Around midnight she suffered a cardiac arrest following which she fell unconscious inside the hotel bathroom. Reports suggest, soon after that she was rushed to Rashid Hospital where she was declared dead.

Her elder daughter Janhvi had not travelled with the family because of a shooting schedule for her upcoming Bollywood film, her first in the industry.

Sridevi, a Padma Shri awardee, made her Bollywood debut in 1978 with 'Solva Sawan'. But it was only after five years with Jeetendra-starrer 'Himmatwala' that she attained commercial success.

Before her entry into Bollywood, the actor had made her debut as a child artist in Tamil film 'Thunaivan' in 1969. She also worked in Malayalam, Telugu and Kannada films.

Correction: The earlier version of this copy erroneously mentioned Pawan Hans crematorium. Pawan Hans has clarified that it has nothing to do with the crematorium, which is located 700 metres from its hub office in the suburb.

Why did you kill Sridevi and leave me here? Ram Gopal Varma’s furious letter to God