Vidya Balan, with her unique roles, powerful acting, is the champion of her films, next up 'Shakuntala Devi'

Vidya Balan with her blockbuster films like 'The Dirty Picture', 'Kahaani' series, 'Ishqiya', 'Tumhari Sulu' and 'No One Killed Jessica' not only left a lasting impression on the audience but also carved an irreplaceable niche for herself in the movie business. 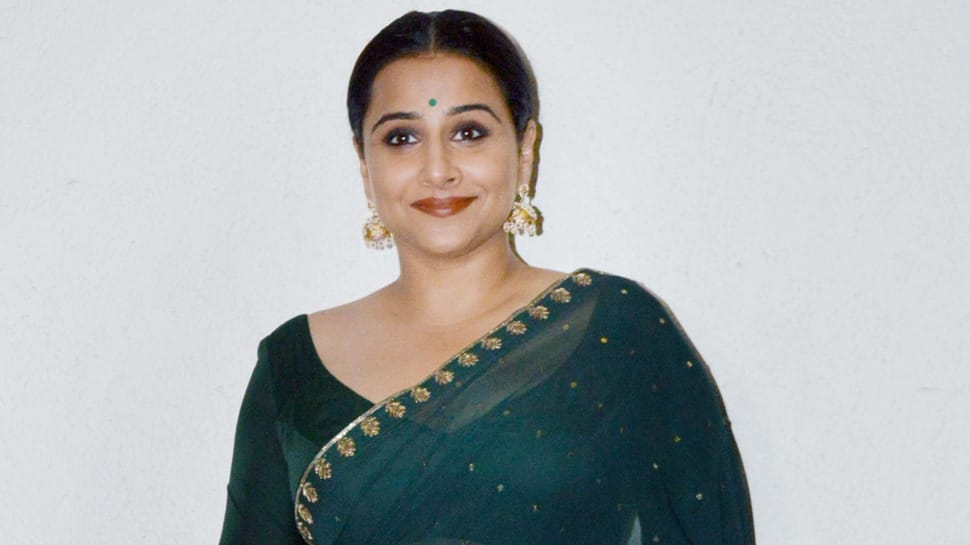 New Delhi: It has been fifteen years since she began her journey in Bollywood, and not once has she failed to create magic on celluloid with her impeccable performances. Her choice of roles have always been commendable and she undeniably has been the hero of most of her films. Her name definitely needs no introduction. Yes! She is Vidya Balan, known for pioneering a change in the portrayal of women in Hindi cinema with her films.

Vidya with her blockbuster films like 'The Dirty Picture', 'Kahaani' series, 'Ishqiya', 'Tumhari Sulu' and 'No One Killed Jessica' not only left a lasting impression on the audience but also carved an irreplaceable niche for herself in the movie business.

Vidya's choice of roles have always been very unique, and she has effortlessly brought her characters alive on screen and mesmerised us with her acting skills. With every role of hers, she has time and again proved that she is the hero of her films. She makes her films roar at the box office and enjoys appreciation from the critics due to her versatility, out of the box content and remarkable acting. Vidya has always carried films on her shoulders solely and broken records.

Now, the talented actress is all set to cast a spell on us again with her upcoming movie 'Shakuntala Devi', which will stream on Amazon Prime from July 31.

For the film, Vidya has stepped into the shoes of Math wizard Shakuntala Devi (also known as human computer), on whom the film is based. In the biopic, Vidya will be seen essaying the different stages of Shakuntala Devi's life, right from her young days to her transformation into a woman who left her mark across the globe.

This is the first time the audience will be seeing Vidya portraying different life stages of her character in a film. Going by the posters of the film, it seems like Vidya is once again going to wow the audience with her jaw-dropping performance.