Thousands of devotees, soaked in religious fervour, were taking the Ganesh idol for an immersion when an ambulance appeared, struggling to pass through the crowd. 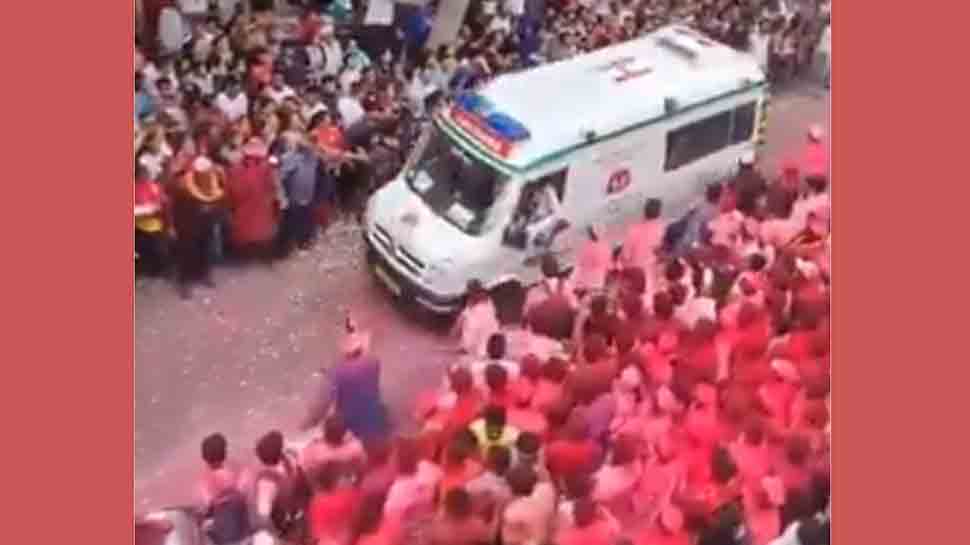 New Delhi: Setting yet another example of humanity, devotees on Thursday were seen making way for an ambulance to pass smoothly during the massive Ganesh idol immersion procession in Pune in Maharashtra. The Ganesh Visarjan on Thursday marked the culmination of ten-day long festival to Hindu god Ganesha.

Thousands of devotees, soaked in religious fervour, were taking the Ganesh idol for an immersion when an ambulance came in. Seeing the emergency-vehicle, people started to pave way for it and within seconds, created a corridor for it to help it pass successfully.

The incident was captured on the camera and shared on social media, winning a thumbs-up from the netizens.

In the midst of Ganesh Visarjan procession, an ambulance arrives in Pune and Ganpati devotees immediately clear path for it.

According to the recently ammended Motor Vehicle Act, violators will have to pay a fine of Rs 10,000 for not giving way to an ambulance or other emergency vehicles.

Earlier this year, during the Puri Rath Yatra, devotees were seen showing a similar gesture by creating a corridor-pathway for a medical van.